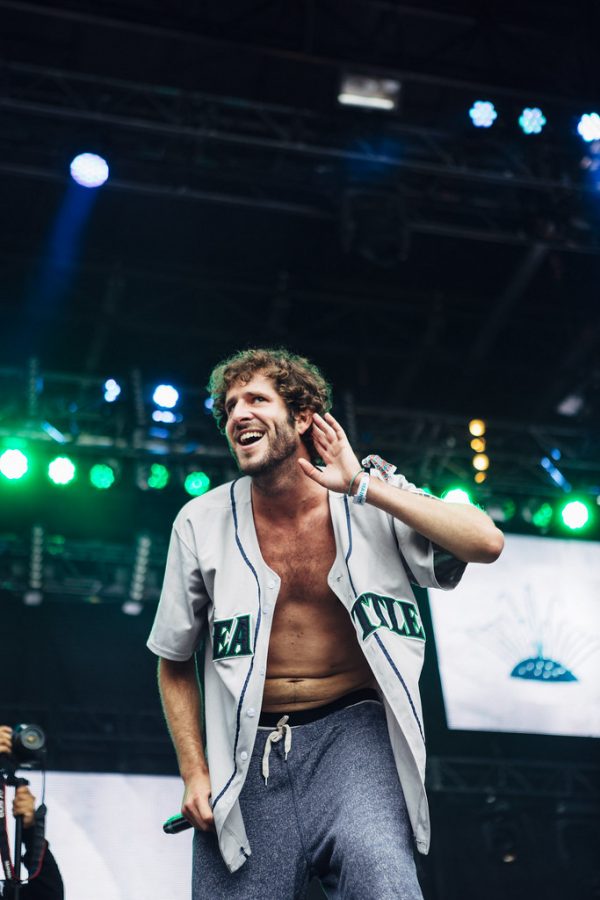 For many, music is an escape. It’s a way to cope, a way to relieve stress. Today’s artists have an influential voice in society, a platform that is capable of reaching people in all corners of the world. Many artists use that platform as a way to advocate for change.
Lil Dicky approached the topic of climate change in a light hearted manner in his song, “Earth.” The music video features a magical depiction of our Earth and the diverse creatures that inhabit it, which in itself is oddly inspiring.
The lyrics, while catchy and carefree, do carry a much deeper meaning. Lil Dicky raps, “I know we’re not all the same / But we’re living on the same Earth.”
Climate change can be a sensitive topic in today’s society. According to a 2018 survey by the Yale Program on Climate Change Communication, “A large majority of Americans think global warming is happening, outnumbering those who don’t by 5 to 1.”
Lil Dicky reminds us that “We gotta save this planet,” but most people are unsure how to help. At the conclusion of his video, Lil Dicky provides the link to WeLoveTheEarth.org in hopes of raising awareness and making a change.
Matthew Healy, lead singer of the band The 1975, also provides a way to help the movement.
His new song, “The 1975,” features 16 year old climate change activist Greta Thurnberg. Instead of any singing, the track entirely features Thurnberg speaking about “the beginning of a climate and ecological crisis.”
She urges everyone to “do the seemingly impossible” because “to do your best is no longer good enough.” Thurnberg concludes the song with the phrase, “It’s time to rebel.”
Regardless of your opinions on the band, it is undeniable that The 1975’s efforts will spark positive change in the world. All proceeds from Thurnberg’s essay in the song “The 1975” are going towards the socio-political movement Extinction Rebellion, aiding in the fight against climate change.
Activism through music isn’t uncommon in the industry. For generations, music has been used as a tool to both expose and cope with harsh realities in the world.
Writing songs about the depleting state of our environment is also nothing new. Joni Mitchell wrote the song “Big Yellow Taxi” in 1970 after witnessing parking lots being built on the beautiful land of Hawaii. Similarly, Marvin Gaye reflects on pollution in his 1971 song “Mercy Mercy Me.”
Perhaps the most famous example of protest culture is John Lennon’s “Imagine.” Written in the midst of the Vietnam War, Lennon’s anthem calls on everyone listening to “Imagine all the people / Living life in peace.”
According to the Rolling Stone magazine, “Imagine” is ranked as the third best song of all time. Decades later, the message of peace and tranquility still impacts the world.
The song “Born in the USA” by Bruce Springsteen has been adopted as a patriotic anthem. However, the 1984 song is actually a criticism of how our country treated soldiers returning home from Vietnam. This shows that the true meaning of a song can be easily misunderstood or ignored.
More recently, Green Day’s rock song “American Idiot” was written in response to the state of confusion and paranoia following 9/11. The lyrics give consideration to “the age of paranoia” and our “nation controlled by the media.”
While these songs reflect the political and social climate of their decade, their message transcends time. In the years to come, more artists like The 1975 and Lil Dicky will use their music platform as a call to action.