Bloomsburg ready to roll for 2019 season opener on Saturday 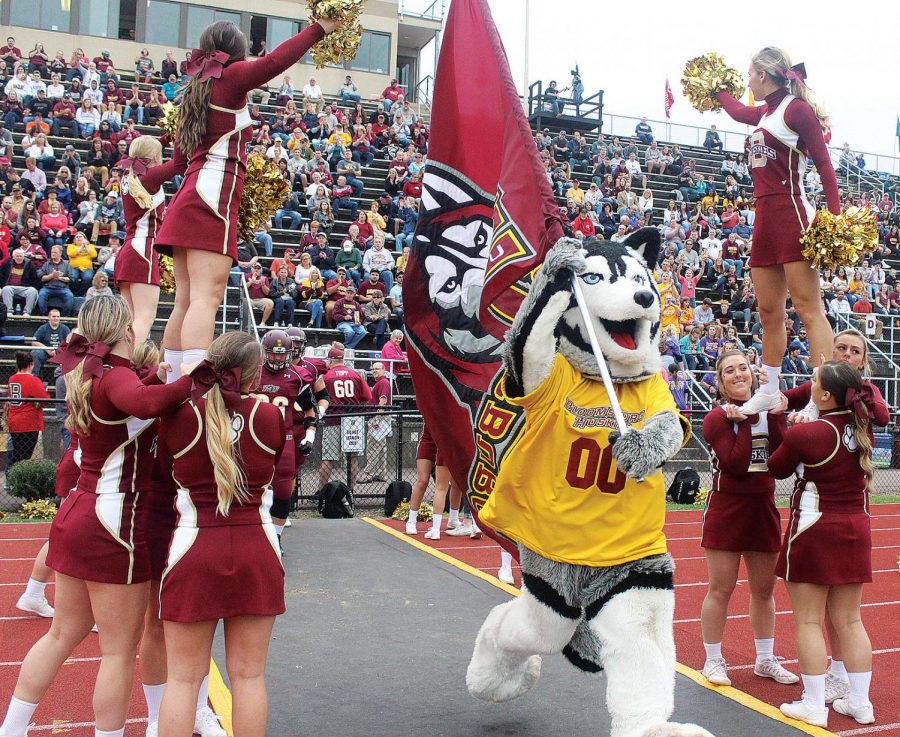 The Huskies welcome Stonehill to BU for week 1 of play in 2019 season.

Bloomsburg University’s men’s football team begins their 2019 season this Saturday, Sept. 7 against their non-conference rival, the Stonehill University Seahawks.
The matchup between these teams has been a longtime coming, as the Huskies did not face off against the Seahawks in their 2018 season, despite playing each other six times between the 2012 through 2017 seasons. The Huskies boast a 4-2 overall record against the Seahawks and look for a win on Saturday to jumpstart to a winning season in 2019.
With an overall record of 6-5, the Huskies managed to snag the third place spot for the Pennsylvania State Athletic Conference (PSAC) Eastern Division. Standing at a 4-2 record in their division, the Huskies also managed to pull off six or more wins for the 20th season in a row. This record is only third place to the 22 seasons for Clarion and 31 for West Chester University.
Three All-PSAC selections from the previous season will again put on their jerseys for the Huskies and hope to lead their team to yet another winning season. Wide receiver senior Michael Allen, redshirt sophomore place-kicker Jacob Sattamini and senior running back Alex Gooden all won Second Team accolades.
The Don Hansen All-Region Third Team Honors was received by redshirt junior Jack Gaugler. Gaugler is anticipated to have a big season in front of him and rise to the role of being the Huskies best blocker. Senior Qmac Quiteh returns for his final season as a Husky running back. Quiteh was a Second Team honoree back in his 2017 season.
This past 2018 season was a particularly special season for the Huskies, as it was only the third time in program history to sport a winning record despite losing five games. The only other time in Bloomsburg University history this has happened was all the way back in 1946 and more recently in 2007. Both seasons ended with either a four or five game win streak.
Following their battle against the Seahawks, the Huskies will be on the road to square off against Edinboro University on Saturday, Sept. 14. The following Saturday, the Huskies will return to their home turf of Danny Hale Field at Redman Stadium. The first divisional matchup of the season will be against the dreaded Red Raiders of Shippensburg University. An especially important matchup for the Huskies will have to be fought on the road, unfortunately.
Saturday, Oct. 5, will see the Huskies return home for the Family Weekend game where the Huskies will face the Golden Bears of Kutztown University. The Huskies are then back on the road for a pair of their biggest games of the season. Oct. 12 we will see the Huskies tackle their bitter rival, the West Chester Rams. East Stroudsburg will be the next contender the Huskies play on Oct. 19.
Perhaps the biggest game for Bloomsburg University students will be played on Oct. 26. The 2019 Homecoming game will be played against Lock Haven’s Bald Eagles, then Nov. 2 will be the final away game contest against Millersville University’s Marauders.
A unique game will be played on Nov. 9 when the Huskies go up against the Rams of Shepherd. This is an interesting team because they are PSAC’s newest member and surely have a lot to prove. The Huskies have only played the Rams one time in the team’s history. The Rams had a heartbreaking defeat back in 2006 when they fell to the Huskies in a Division II on the road match.
The regular season finale has been scheduled against Slippery Rock University on Nov. 16. This may be subject to change, as the PSAC Eastern Division winner hosts the conference championship game and anything can happen in college sports.
Kickoff against the Seahawks is set for 2:00 p.m. at Danny Hale Field at Redman Stadium so come out and support the Huskies. A win here will set the tone for a winning 2019 season.