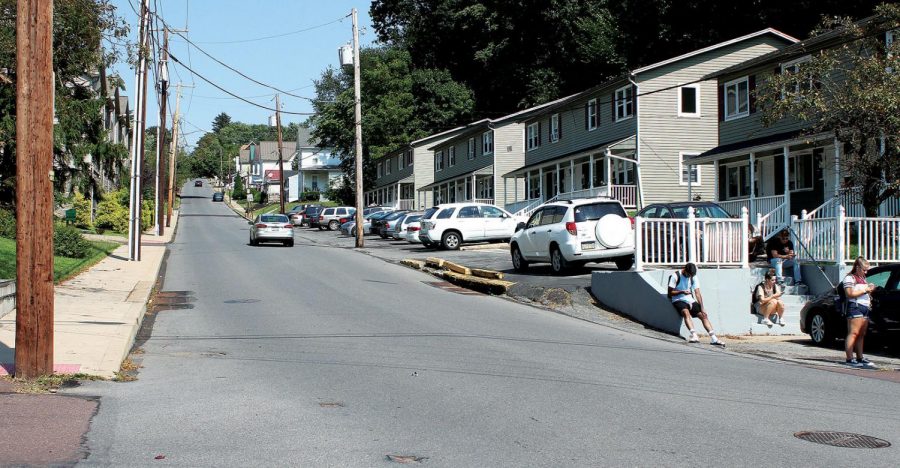 The 200 block of Glenn Avenue, where the incident on Aug. 31 took place.

Bloomsburg Police arrested a man with a firearm trying to force his way into an apartment on Glenn Avenue on August 31.
Officers were called to the scene at 2:25 a.m. and arrested Ajani Munsh-Ousha Uhuru, who possessed a .32 caliber semi-automatic pistol. Uhuru, who is not a Bloomsburg University student, is charged with Possession of Firearm Prohibited and Terroristic Threats.
Kate Cassidy, a Junior English Secondary Education major who lives on Glenn Avenue, says she now feels concerned about the security of her apartment: “I don’t feel safe because it happened so close to me, and I had no idea.”
Additionally, Cassidy also wishes that the university would have notified students of the event happening in town, saying “I think it’s the universities responsibility to [inform their students] in a situation so close [to them].”