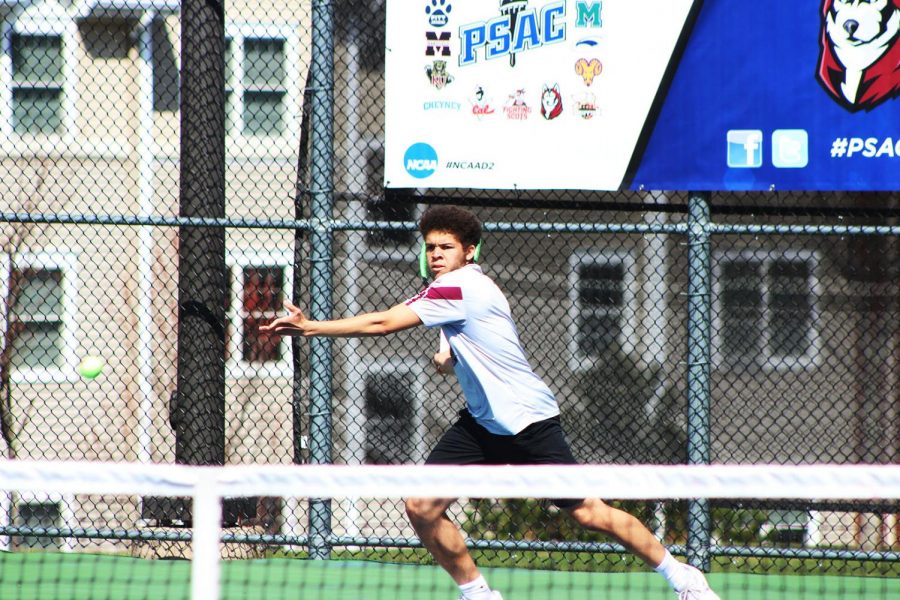 The Bloomsburg University men’s and women’s tennis teams will begin the season with a new coach for the first time in 26 years.

July 3 was a critical day for Bloomsburg University’s Men and Women’s Tennis Teams as Rebecca Helt was named the new head coach of both teams, replacing Marty Coyne, who led BU to victory for a quarter of a century.
For the tenth time in his legendary career, Coyne was named Women’s Coach of the Year in 2019, finishing with 598 career victories, 27 NCAA postseason appearances and 16 PSAC Championships.
He was inducted into Bloomsburg’s Athletic Hall of Fame in 1998 as a player and is among a select few to earn PSAC titles as both a player and as a coach.
Meanwhile, in the 2018-2019 season, the Huskies went 15-3 on the season after losing to Slippery Rock University in the Pennsylvania State Athletic Conference (PSAC) semifinals.
Although Bloomsburg’s season went well considering they only lost three matches, they look to improve upon that record in the upcoming season.
With the help of new coach Rebecca Helt, Director of Athletics Dr. Michael McFarland expressed, “Coach Helt emerged from a great pool of candidates and is the ideal replacement for Coach Coyne. Her expertise in coaching and developing student-athletes resonated with the search committee, and we look forward to great success from the tennis program.”
Helt comes to Bloomsburg after coaching 22 years of women’s tennis at Bucknell University, with an overall record of 241-220. This impressive stat makes her the all-time winningest coach in program history.
The Huskies can only hope that she will continue to break records and build a well-known reputation as the coach of the men and women’s tennis teams.
Some key players that the Huskies are depending on to lead their team this season are seniors Cassidy Calimer and Vitoria Nery. The two earned All-PSAC Eastern Division awards, with Calimer acquiring First Team honors in both singles and doubles, and Nery achieved First Team laurels in doubles and a Second Team nod in singles.
Calimer also led the Huskies with 15 singles victories during the 2018-19 season and completed the year with a 15-5 overall record. She teamed with Nery for a 13-4 record in doubles competition during the campaign. The pair went 10-3 in duals including a 3-1 mark in duals and finished the season on a five-match winning streak.
With these two as the leaders, Bloomsburg is sure to start the season off with a bang.
Their first match will be the BU Invitational vs. Lock Haven, Shippensburg, and East Stroudsburg on Saturday, September 21.