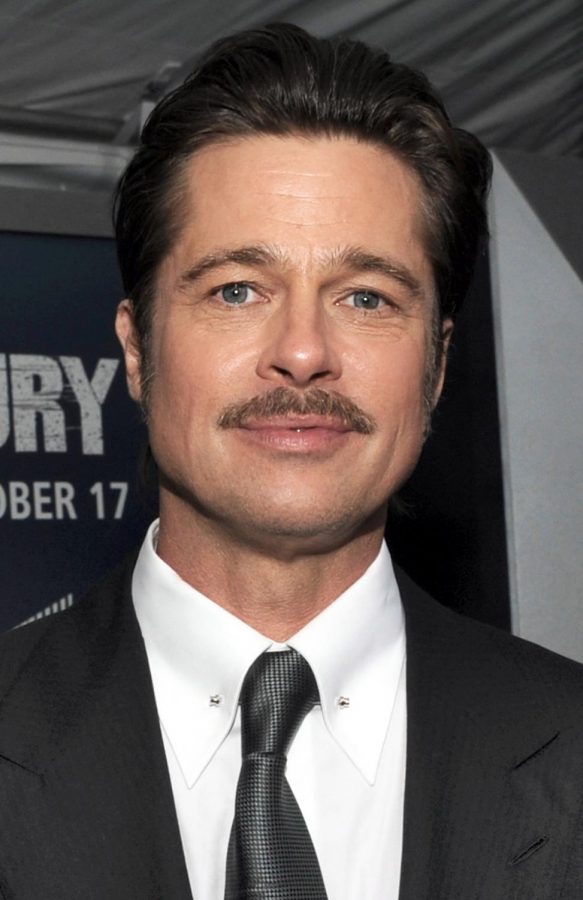 Brad Pitt, starred as character Major Roy McBride, who is vital in the mission to correct what his father did.

“Ad Astra” is both an interstellar and emotional journey directed by James Gray set in the near future where space has become easily accessible to humanity. The film stars Brad Pitt, as Major Roy McBride, and Tommy Lee Jones as his father, Dr. H. Clifford McBride.

Clifford was a famous astronaut who pioneered deep space travel, but he vanished without a trace when his vessel, the Lima, lost contact with Earth after reaching Neptune.

Thirty years after the Lima’s disappearance Roy is following in his father’s footsteps as an astronaut.

The film opens with Roy having an average day. He secures himself to the side of giant space antenna with a gorgeous view of the earth below him.

He descends down the side of the structure alongside other astronauts to do maintenance work when the normal day takes a violent turn.

A freak electrical surge overtakes the antenna catching Roy and his coworkers by surprise. Roy’s position allows the viewer to watch as explosions rock the antenna.

The luckless Roy is blown from his vantage point and he begins falling through Earth’s atmosphere to the ground below.

All through this sequence of events, Roy maintains a level head and calmly dictates his actions to his superiors.

The calmness that Roy exudes while going through this chaos is a cornerstone of his character. Following the disaster of the surge his superiors at Space Command show that his level headedness make him a perfect candidate for a top-secret mission.

It is revealed that Roy and his fellow astronauts at the space antenna were not the only ones impacted by the surge.

It was a global wide event that brought about the deaths of over forty-thousand people.

Roy’s superiors tell him that the surge wasn’t a random event, but a result of the failing engine aboard the missing Lima where Clifford is believed to still be alive.

It falls on Roy to travel to Mars and attempt to send a message to his father so that the position of the Lima can be pinpointed.

Despite the threat to earth, and action-packed opening sequence “Ad Astra” is not an action film. It is instead a visually stunning commentary on both society and masculinity.

Roy’s journey is one of two parts. In order to get to Mars, he must first stop at the moon.

To maintain the secrecy of the mission his way of getting to the moon is via space flight very similar to modern day air travel with even an inflight meal.

Once Roy arrives at the moon, it is shown to be a gimmick filled tourist spot dominated by cheap t-shirt stands, people in alien costumes and fast food chains.

Roy comments that his father would have hated what the moon had turned into and that he would have wanted to “burn it the ground.” Outside the safety of the tourist laden moon station fighting rages over resources and pirates patrol the moon’s surface. Even the moon isn’t safe from human greed.

This depiction of the moon by Gray speaks to the nature of human society. Earth is filled with exotic destinations that attract tourist by the millions.

However, the countries where these destinations are located are often ignored by their own governments and the people who inhabit them even more so.

This can be observed rather close to home in our southern neighbor Mexico and the ever-popular spring break destination, Cancun.

Due to a recent increase in violent crime related to drug cartels, vacationers are warned of the risk incurred by venturing outside of “safe” areas like resorts.

Speaking generally, tourism brings in a lot of profit. It is a common trend for governments in developing nations to spend more on ensuring tourist satisfaction than on their own native populations.

It is wrong to assume that the moon would avoid a similar treatment.

Roy’s aforementioned calm demeanor makes him somewhat of legend. During all of his past missions and even amid the fall from space his heart rate never once went over eighty beats per minute.

Roy achieves this by remaining detached from his emotions and not allowing them to overtake him.

While this may seem as a testament to the strength of his character it actually reflects the trauma brought to him by the absence of his father and the society, he grew up in.

Traditionally men are supposed to be like Roy. Strong, stoic and focused on their career. Emotions simply do not play into this equation.

But, while being this legendary individual Roy also lacks any true personal connections because he is this strong, stoic man.

The very qualities that make him exceptional limit him the most. When Roy is faced with the knowledge that his father isn’t the hero Roy thought he was, Roy is unable to cope with the emotions he long kept at bay.

His heart begins to beat faster and he cannot repress his feelings.

All in all, “Ad Astra” is a slow film with an interesting premise that is overtaken by the development of the protagonist.

Gray begins the film as a stereotypical tough guy faced with saving the world, but the plight of the world falls to the wayside as the tough guy struggles with the burdens of traditional masculinity.

The initial threat of the surges takes a secondary position the closer Roy gets to connecting with his father.

The surges become more of a means to an end than the end itself. Those in search of an action-adventure look elsewhere, but anyone yearning for a drama set in space with breathtaking visuals “Ad Astra” is the film for you.