A trip to Mirrorland 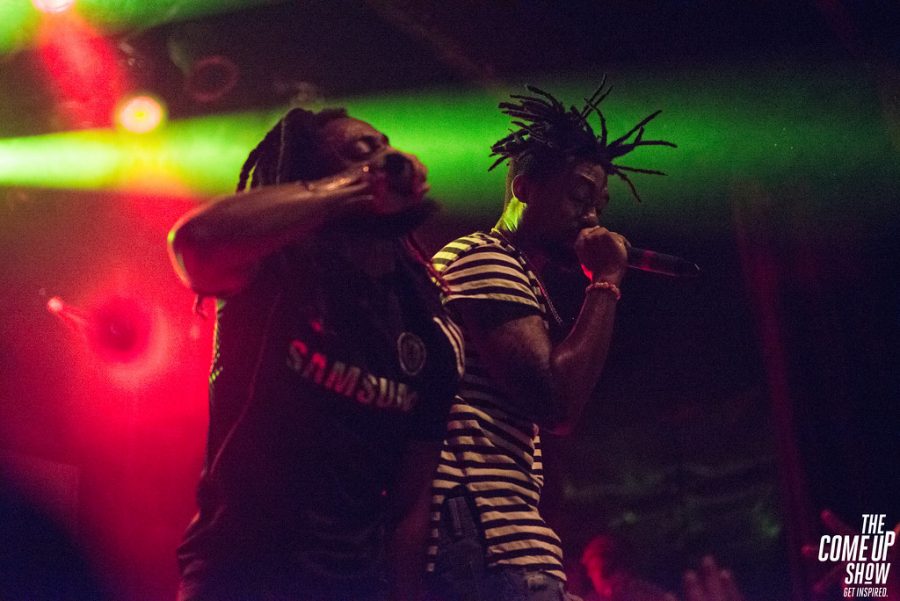 WowGr8 and Johnny Venus are the artists behind the hip-hop duo EarthGang.

EarthGang is an American hip-hop pair produced in Atlanta, Georgia. The duo consists of rappers Johnny Venus and WowGr8 and has been actively producing music for over 10 years.

While also sparking the debate of being compared to former hip-hop duo OutKast that disbanded in 2006.

Dreamville Records has releases “Mirrorland”, EarthGang’s first album while on label in early September of this year.

After months of teasing and dropping their track “Proud of U” that features Young Thug, the team dropped the full album and received generally good reviews.

Mirrorland consists of fourteen tracks with four features from the likes of Arin Ray, Kehlani, T-Pain, and another Atlanta native Young Thug.

Johnny Venus and WowGr8 give us a true show with mesmerizing tracks. The Lyrics throughout the whole album are simply ear catching and proving that these two are more than just a small group from Atlanta.

EarthGang demonstrates they are indeed in their own realm.

Just last week Twitter was in a frenzy of comparing EarthGang to another notorious Atlanta duo, Outkast.

Outkast consists of the likes of Big Boi and Andre 3000. This comparison started when DJ Yesjulz who has already been controversial in the past within tweets as well as from wearing shirt that contains racial language. YesJulz tweeted mentioning how EarthGang is like Outkast, but with two Andres’s.

While promoting their new single “Intentions” featuring CeeLo Green which will be on Big Boi and Sleepy Brown’s upcoming collaborative album “Big Sleepover.” Big Boi who was unaware of the debate until his son Face Timed him on the way to the Breakfast club interview explained he was trending on Twitter. The Atlanta native says,

“When you reach god-MC status, it’s hard for people to see you up here in these clouds. You just gotta pull the tape, man.

Twenty-five years, when I won everything and done everything in music—and personally. I’m so proud now that I was able to maintain my family, my wife. I got three kids in college … So life is lovely, man.”

Big Boi seemed to not be fazed by the debate and even co-signed the duo. Despite this debate we can only hope to see this as a lesson.

It is often better to not compare a newer artist to older artists. Let EarthGang be EarthGang and let Outkast be OutKast.

Yes, EarthaGang is influenced by OutKast like many other newer artists and that’s okay.

Allow EarthGang to be in their own lane and let’s stop comparing newer artists to older artists. Stream Mirrorland now and catch them on their “Welcome to Mirrorland Tour.”