Will Smith rocks the boat in ‘Aladdin’ 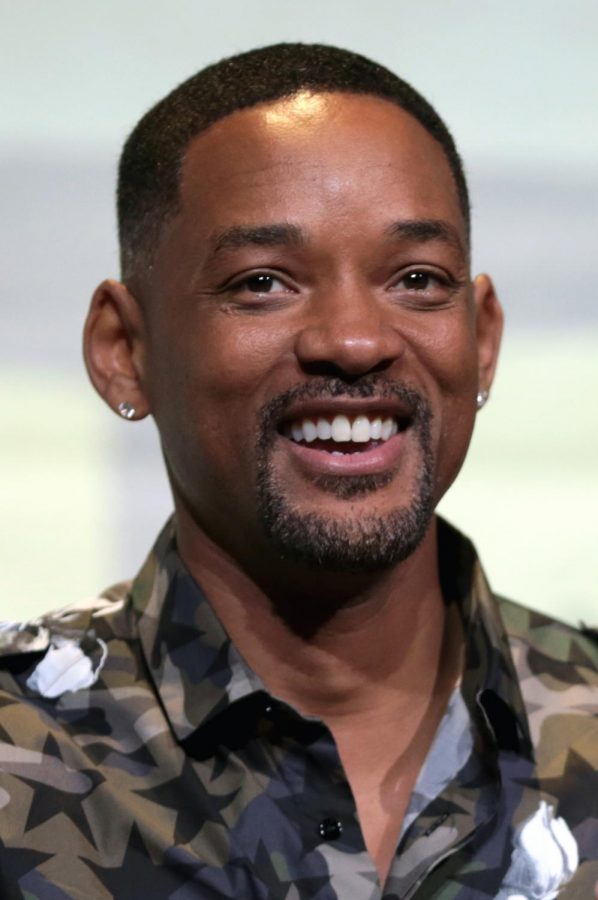 When Disney fans got wind of the new “Aladdin” live-action, the question of the hour wasn’t when it’d debut, or even who’d land the lead role. Rather, the insatiable inquiry was who would take on the intimidating task of Genie, a part made immortally iconic by the late Robin Williams nearly thirty years ago. But the people wouldn’t have to wonder for long, as it was soon revealed that Will Smith—one of Hollywood’s biggest names, complete with an even bigger personality—would attempt to reach for a bar that many claimed couldn’t be set higher. His success in doing so has been widely debated, but what’s not up for debate is Smith’s remarkable ability to personalize such a well-recognized character, while simultaneously dedicating himself to maintaining the essence of the beloved star who did it first all those years ago.

Perhaps the man most aware of this daunting detail, is Will Smith himself. In an Instagram post, he acknowledged the challenge in front of him, sharing an animated photo of the two genies—that being the 1992 and an animated 2019 version—side by side, with a caption reading, “I know genies don’t have feet…but you left some pretty big shoes to fill. R.I.P. Robin!” -a heartwarming tribute that left thousands touched, and just as many curious (myself included) to see where exactly he’d take this performance. But come back in May of this year, that curiosity turned to awe when we witnessed the tale of “Aladdin” come alive again. Scene after scene, Smith delivered beautifully. In his first interactions with Mena Massoud’s Aladdin, he truly highlights the endearing sassiness of Genie, saying, “Feel free to interrupt me anytime you don’t understand. I’m kidding, don’t ever interrupt me, no matter what”; and in another clip, “Back up, boy. I need some room to work. I’m about to fabulize you”. Both segments of dialogue are hilarious on their own, but Will Smith’s own personal touch is undeniably the factor that transcends these lines into something of a legacy.

But the Academy Award nominee’s investment went beyond the silver screen. Upon being offered the role, Smith sat down and watched the 1992 version of “Aladdin” a whopping four or five times, simply to try and start to get an idea of how in the world he’d pull this thing off. For hours, he contemplated how to approach such a task, even describing the experience as “intimidating” and “terrifying”. But nevertheless, he trudged through, finding the line between emulation and innovation and walking it well, recognizing the transition from animation to live- action as the gateway into exploring who the character of the 2019 Genie could be, while still preserving strong ties to the original version. His deep level of devotion alone set the film apart from the get-go—a devotion that not only mirrored our love for 1992’s “Aladdin,” but honored it.

But of course, some weren’t as impressed, and with valid reason. The bright, billowing blue creature is certainly noteasy on the eyes. In fact, internet users found his appearance so hilariously bizarre, he became a meme before the movie even had a chance to make its debut. Pictures mocking the CGI character quickly swept through social media, poking fun at his truly puzzling composition. One Redditor captured this outrage in a brief–yet very comedic–comment, saying, “That genie looks f—— horrifying”, a reaction that many fans of the original seemed to share. To more thoroughly articulate this concern, as a writer from Entertainment Weekly put it, “For fans of the original concerned that “Aladdin” might not be able to pull off the translation to live-action, the new trailer did not inspire any hope. Smith is not the only problem the new footage features, but it remains the most prominent and the sheer strangeness of it highlights a problem the movie and Disney cannot ignore: The genie looks bad.”

However, other’s dismay went beyond his outward appearance, finding fault with this new adaptation of Genie in a more visceral sense. For some admirers of the original film, the filling of this iconic role merely served as a reminder of just how empty the world of “Aladdin” now feels in the wake of Robin William’s absence. One fan even stated on twitter, “I love Will Smith as much as the next person but I just can’t get behind him as the Genie. No one will ever do that role better than Robin Williams”; and another found in a YouTube comment under the film’s official teaser, “Seeing Will Smith as Genie made me miss Robin Williams even more,”. Both remarks bring up a very obvious, yet very disheartening realization: completely resurrecting the 1992 Genie is an impossible feat, and was rendered such in the summer of 2014, when Robin Williams tragically passed away.

But at the end of the day, Will Smith isn’t an animator, he’s an actor. And for what he lacks in external glamour, he makes up for in internal genuineness. And even if he had solely (and successfully) aimed for completely reincarnating Robin William’s version of our mythical muse, it wouldn’t be anything more than simply acting. What’s so beautiful about Smith’s portrayal is not only that he captures the unique qualities of the original Genie, but he integrates his own colorful personality into the performance as well, proving that it’s so much more than just a script. In an interview with ET weekly, when asked what ultimately lead him to accepting the challenging role, Smith replied, “At the end of the day, it was the music where I saw I could add my flavor, where I could honor the nostalgia and I could pay homage to Robin but then also be able to add my new flavor”. And add he did, as throughout the movie we watched Smith light up the screen time and time again with killer dance moves and catchy tunes, a factor that sets him apart from his 1992 counterpart. In fact, it’s the definable difference between them that is exactly what makes both adaptations so special—neither can be entirely replicated or replaced.

Smith was dedicated to pay tribute to the late superstar by bringing this role back to life, and his efforts do not go unnoticed. His sheer commitment alone was enough to add a layer of emotional depth that most live action remakes (or movies in general) just can’t seem to reach. Through his comedic delivery and unique personal touch, he truly honored the character of the big hearted blue genie who we all got to fall in love with once again this year; and if he were still here, I think it’s safe to say Robin Williams would’ve loved him too.