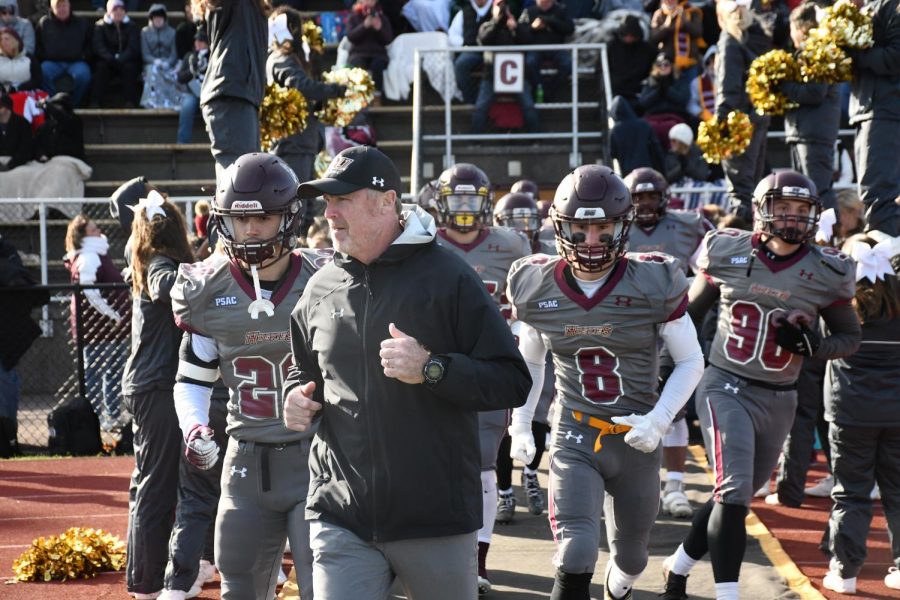 The Bloomsburg University Athletic Department has announced that Paul Darragh has been relieved of his head coaching duties of the Bloomsburg football team; BU will now commence a national search for a new head football coach immediately.

Darragh led the Huskies to a 52-28 record in his seven years as head coach of the program. He was named Pennsylvania State Athletic Conference (PSAC) East Coach of the Year in both 2013 and 2014 after leading BU to back-to-back NCAA tournament appearances, back-to-back PSAC East titles and the 2013 PSAC Championship.

After the 2014 season, Darragh was honored as the American Football Coaches Association (AFCA) Super Region One Coach of the Year.

“We appreciate and thank Paul for his seven years of service as head coach of our football program,” BU Athletic Director Mike McFarland said according to The Daily Item. “After much consideration, we feel it is in the university’s best interest to move in a new direction. We will seek a candidate who can build on the winning tradition of Bloomsburg University football.”

Darragh spent 23 years with the program, 16 of them as defensive coordinator and seven of them as the head coach of the Huskies. Prior to his time at Bloomsburg, Darragh worked at Indiana (Pa.), Northeastern and Gannon as the linebackers coach. He started his coaching career as a graduate assistant at Temple from 1987-89.

“Coach Darragh had a great career at Bloomsburg” senior wide receiver Michael Allen stated. “He was very passionate in what he did here. I wish the best for him and his future.”

After a 5-6 overall record in 2019, it marked the first time in over 20 years Bloomsburg football finished the season with a losing record.

“You never want to see someone lose their job, but the program was on a decline for the past couple years.” Redshirt junior defensive back Koran Jordan said. “This program is used to winning and the coaches, players, and community want to bring that winning tradition back to Bloomsburg football. The athletic department and many other people felt it was time for a change.”

Bloomsburg ranked 13th offensively this past season after averaging 292.2 yards of total offense per game. The Huskies were eighth defensively after giving up 356.3 yards per game in 2019.

Most Division II football coaches around the PSAC make upwards of $90,000 a year.