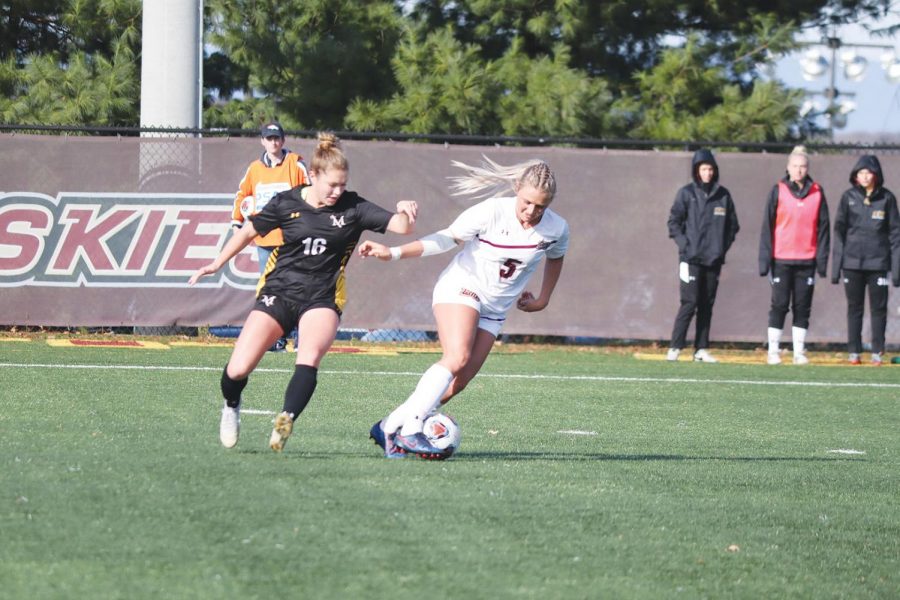 For the second consecutive season, the Bloomsburg University women’s soccer team earned the no. 1 seed in the Atlantic Region for the 2019 NCAA division II women’s soccer tournament.
Last year, the Huskies went on a miracle run all the way to the elite 8 round where they were finally defeated by the University of Bridgeport back on Nov. 18, 2018.
Bloomsburg’s last contest was back on Nov. 12 where the Huskies were defeated in the quarterfinal round of the Pennsylvania State Athletic Conference (PSAC) tournament to rival West Chester University.
The Golden Rams stunned the Huskies with :45 seconds remaining in double overtime to knock BU out in the opening round.
Slippery Rock went on to win the PSAC title, earning them the no. 2 seed in the Atlantic region.
With the no. 1 seed in the region, the Huskies will host the opening round of the NCAA tournament this weekend.
The action kicks off today at 1 p.m. when fellow PSAC opponents Millersville and East Stroudsburg play for the right to face the Huskies on Saturday afternoon.
Bloomsburg enters the tournament with a 16-2-1 overall record after being defeated just one time in regular season play.
The Huskies’ only two losses come from a double overtime heartbreaker back on Sept. 11 to East Stroudsburg and the double overtime loss to West Chester in the PSAC tournament.
After falling immediately in the PSAC tournament, the Huskies were originally unsure which seed would be given to them in the NCAA’s.
Prior to the regular season, redshirt junior goalkeeper Jenna Hawkins was named the programs first ever PSAC East defensive player of the year. Head Coach Matt Haney was also named PSAC East Coach of the Year.
Hawkins led the PSAC in saves per game, shutouts and goals against average. She only allowed seven goals throughout the entire season along with recording a career high 60 saves.
Millersville and East Stroudsburg is set to start at 1 p.m. today at Steph Pettit Stadium.
The top-seeded Huskies will face the winner of that match on Saturday starting at 2 p.m. All the action will take place at Steph Pettit Stadium.