Huskies miss out on PSACs, waiting for NCAA tournament seedings on Sunday 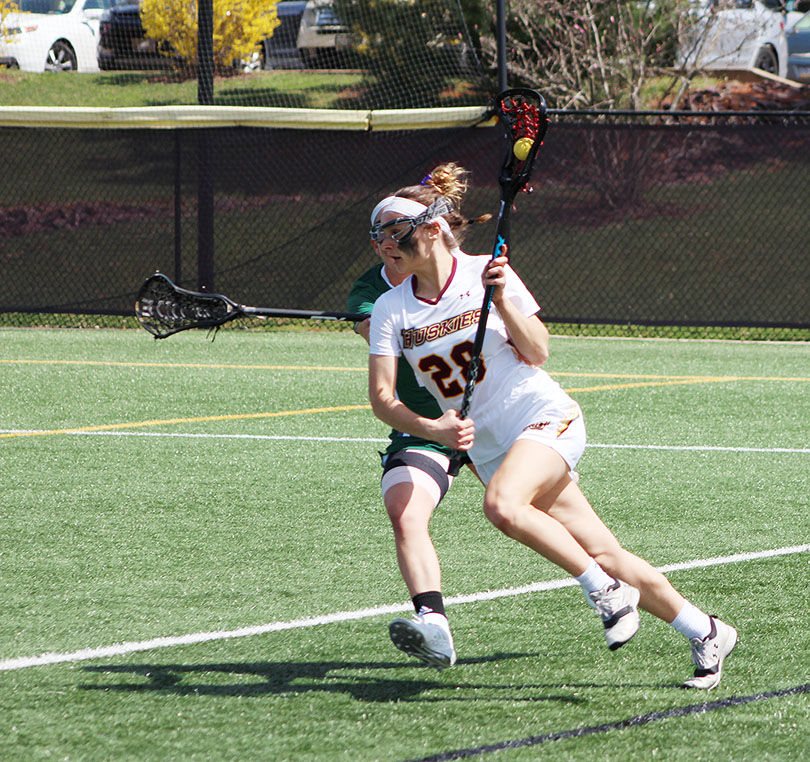 The Bloomsburg University women’s lacrosse team concluded its regular season with a 22-8 win over conference foe Gannon University, and now will await to see the Atlantic region seedings for the 2019 Division II womens lacrosse tournament.
The Huskies missed out on the 2019 Pennsylvania State Athletic Conference (PSAC) tournament which started on Tuesday, April 30th.
Bloomsburg finished the regular season with an 11-6 (7-5 PSAC) overall record.
Although the Huskies did not make the conference tournament, they are still favored to clinch a spot in the NCAA tournament because of their previous #3 ranking in the Atlantic region.
If Bloomsburg does make it into the NCAA tournament, it is likely to face a familiar conference opponent in West Chester or East Stroudsburg, depending on how the PSAC tournament ends.
Bloomsburg was in third place in the PSAC standings before their three game conference slate against rivals West Chester, IUP and East Stroudsburg.
Three consecutive conference losses would knock BU into seventh place in the conference and out of the playoff picture.
A colossal 22-8 win over Gannon this past Saturday kept the Huskies playoff hopes alive.
Redshirt sophomore attacker Grace Kelleher has led the Huskies this season with her team leading 66 points off of 39 goals and 27 assists. Kelleher also leads the PSAC in points per game (5.08) and is fourth in assists per game (2.08).
Bloomsburg was also led by senior attacker Hannah Jaskuta who recorded a team leading 40 goals for the Huskies this season.
The Huskies also saw sophomore midfielder Abby Bergman score 31 goals along with eight assists in 2019 for 39 total points throughtout the season. The sophomore was also played a big role for the Huskies in the faceoff circle.
Sophomore Anna Dempsey also chipped in 29 goals of her own for the Huskies this season in her sophomore campaign. Her 34 points were good for fourth on the team this season.
Junior goalkeeper Angela DiPasquale had another strong season in goal as the junior from northern New Jersey posted a career low in average goals allowed (GAA) per game with 9.55 in 2019.
The Huskies will not await the seeding selections for the NCAA tournament which will take place this Sunday, May 5.
The first round of the NCAA tournament will take place on May 10.