First Word : Immigrants are people too 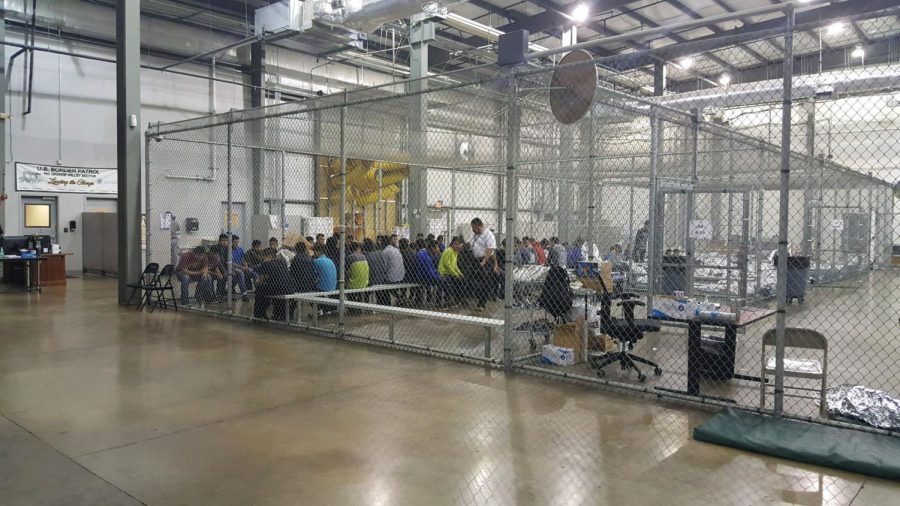 It’s been at the forefront of the news stratosphere for the past year: immigrants being held in detention centers after trying to cross the U.S.-Mexico border. According to a report from May, over 50,000 people are now detained in detention centers, with Texas, California, and Arizona holding the largest percentage of that number.
Of that 50,000, around 15,000 are estimated to be children, many of them under the age of ten. The average stay is about 154 days according to the ACLU, with many of them staying closer to a year.
Now the main thing that comes to my mind when I think of the detaining and deportation process is how absolutely un-American it is.
America is a country that is made up of immigrants; if you were to dig into your ancestry, you are most likely going to find someone who immigrated here.
So, if we’re related to immigrants, then why do so many people hate them and want to refuse them access to our country? But, Abby, they steal our jobs!
Actually, most illegal immigrants tend to take the jobs that Americans don’t want, like farmwork. Instead of deporting them, it would make more sense to give them work visas. Migrant workers actually boost the economy instead of bringing it down.
But aren’t immigrants dangerous? What about my kids? This may come as a surprise to some people, especially those who voted for Trump, but immigrants are actually just regular people, trying to support themselves and their families.
And even though Trump has tried to push the correlation between illegal immigrants and violent crime, it’s false.
The city of El Paso is living proof of this, with it’s extremely low murder rates. As a city with a large population of immigrants, both legal and illegal, the homicide rate is only 2.4 per 100,000 residents. This rate compares to cities like London and Amsterdam.
Nowadays, crimes involving illegal immigrants are also highly publicized, making them seem more frequent than they actually are.
Now when it comes to the people who actually try to cross the border, many are caught and placed in detention centers.
At these centers, they are crammed into large wire cages like cattle. Often, they have to use a bucket to go to the bathroom and are denied phone calls and showers.
An NBC report from June states that 24 people have died in ICE custody, seven of those being children. The question is: Why are people dying?
Quite frankly, ICE doesn’t give a single shit about these people and neither does our president. Many of these deaths were preventable.
Two and-a-half year old Wilmer Vasquez developed pneumonia while in custody and died a few days later. Most of the people who have died while in custody died from conditions that were developed after they were detained.
Our country is literally detaining people in cages, and they’re dying because of the terrible conditions. And the president isn’t doing a single thing to help them. Sounds a bit too familiar to me, maybe to some events that occurred in Germany in the 1940s, hmm?
In reality, the people who work for ICE and our president genuinely don’t care about the well-being of these people because they’re extremely selfish and self-absorbed. No matter what your political standing is, you have to realize that it’s extremely messed up to keep people in cages, especially in these conditions. If you think it’s okay, then I’m sorry, but you’re a psychopath.
The main point I hear against this statement is that they shouldn’t have tried to come into our country if they didn’t want this to happen. These people came to our country to escape the things that are happening in their own. They come looking for a better life for their children.
They aren’t here to hurt us or to steal our jobs. Imagine if this situation was switched and our country was the one people were trying to get out of.
You’d definitely feel differently if you were sitting in a cage right now with hundreds of other Americans who were just trying to find a better life.
In closing, just try to put yourself in the place of an immigrant. Even if you don’t fully agree with my opinions, realize that immigrants, whether legal or illegal, are people too and deserve respect.

Abigail is a sophomore Mass Communication major and the President of the BU Democrats.