View From The Voice

Be wary, be warned: Free money does not exist 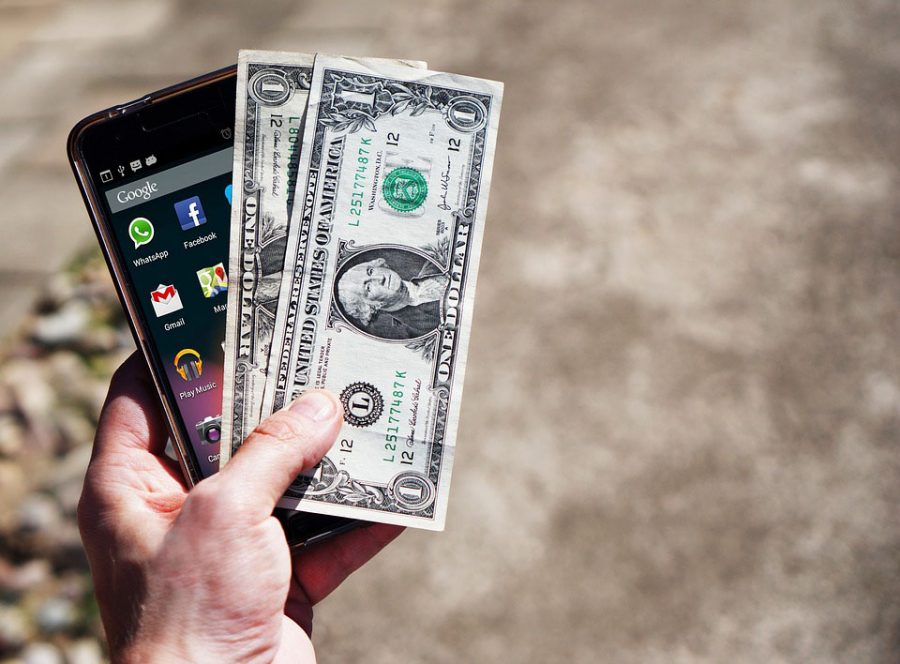 Your mother told you once and now we are here to tell you again: be careful about how much personal information you put on the internet. In this case specifically, we at The Voice would like to issue a warning to readers to be wary of tempting money lending apps that have been gaining recent popularity. Between the daily commercials offering “free money” and knowing that the money one saved this summer is already dwindling these apps become more appealing every day.
Two of these money lending apps, Earnin and Dave, advertise instant cash and no interest fees. However, after you use the app for a while, the apps will raise your loan limit and secretly begin adding interest fees.
Obviously, people are drawn to these apps for the promise of quick money, but here at The Voice we find it more than a bit sketchy that Earnin asks users for their paycheck schedule so it can automatically withdraw your owed amount as soon as your paycheck goes through.
This system could lead to overdraft fees if your paycheck doesn’t cover the amount you borrowed, which is probably what the app designers are hoping will happen. The other aforementioned app, known as Dave, allows you to borrow $75 if users pay a $1 monthly fee. However, that $75 can take anywhere from five hours to three business days to actually be deposited to your bank account.
The most dangerous app appears to be a service called MoneyLion. MoneyLion allows you to borrow anywhere from $1,000 to $35,000. That’s some serious dough. With a whopping $29 monthly fee, this service sits at the top of our “beware list.” MoneyLion can affect your credit score, and with interest rates that can sky-rocket to 200% (yes, you read that right), that’s not something a college student can afford to risk.
Being away from home for the first time and no longer having your summer minimum wage job to rely on makes you wish you had fast cash, but keep an eye out on where you’re putting your information, you never know who’s going to have access to it.
As college students meander their way through academia, creeping closer to graduation, the pressure of student debt can become surmounting. Take it from not only your mother, but also The Voice staff, do not let quick cash apps add to your ever-growing loan payments.