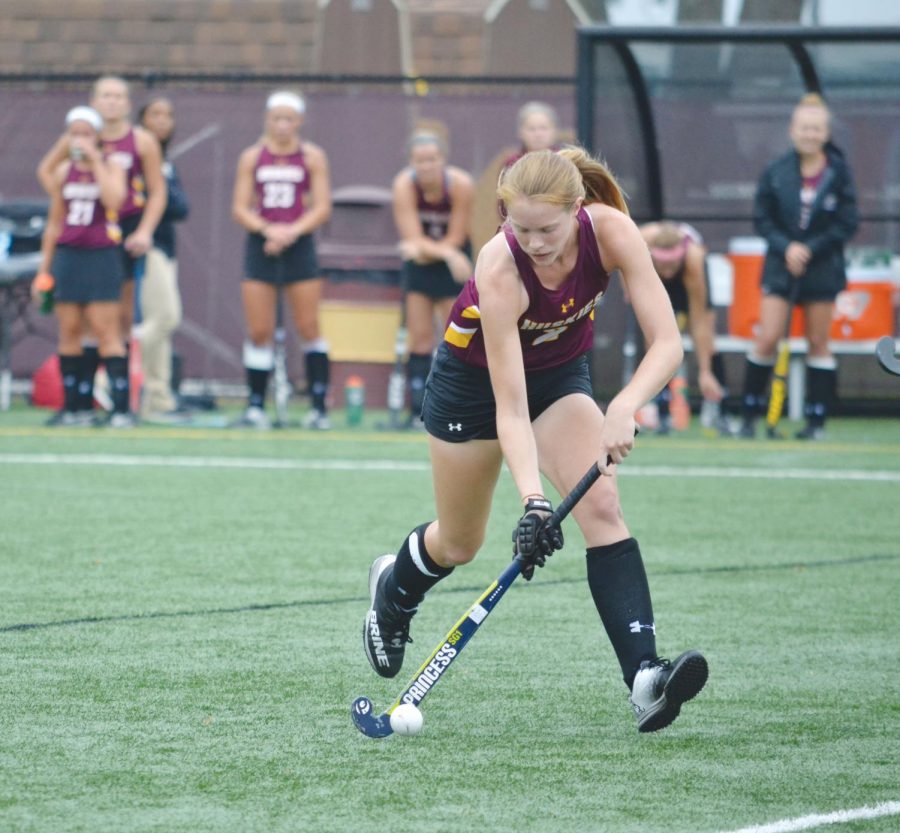 The Bloomsburg University Field Hockey team is ranked #9 in the nation heading into 2019, according to the Division II National preseason coaches poll.

The Bloomsburg Women’s Field Hockey team looks to start the Fall 2019 season on Sunday, Sept. 8th, 2019 vs. Bellarmine University at Steph Pettit Stadium.
In the 2018 season, Bloomsburg had an overall record of 11-7, and advanced to the Pennsylvania State Athletic Conference (PSAC) quarterfinals under coach Nikki Hartranft.
Meanwhile, the Bellarmine Knights led by new head coach Devanny Boisvert look to improve upon their 8-9 record in the 2018 season by welcoming eight new freshmen to the team this upcoming fall.
Some key pieces that will continue to lead the Huskies as they approach the season are seniors Tessa Hoffman, Ali McKay, and Willow Perkins.
In 2018, Hoffman was an All-PSAC Third Team selection and comprised fifteen points, (five goals and five assists) in spite of missing the final six games of the year due to injury.
Additionally, McKay and Perkins were ranked third and fourth on the team in scoring last year, totalling ten goals and six assists combined.
Off the field, Hoffman and McKay were acknowledged as members of the Zag Sports Tours/NFHCA National Academic Squad, which awards individuals with a cumulative GPA of 3.3 or higher through the fall semester of the 2018-19 academic year.
As for goalkeeping, both juniors Dana Sheply, and Hannah Barnard will compete for the Huskies, as they look to surpass their combined five shutout performances in the previous year.
As of last Tuesday, the Huskies were recently predicted to finish sixth overall in the PSAC standings with other league contenders Shippensburg, West Chester, Millersville, East Stroudsburg and Kutztown ranking in the top five spots.
The Huskies must contend against these division rivals in order to keep hope alive and finish ahead of what is expected in the 2019 season.