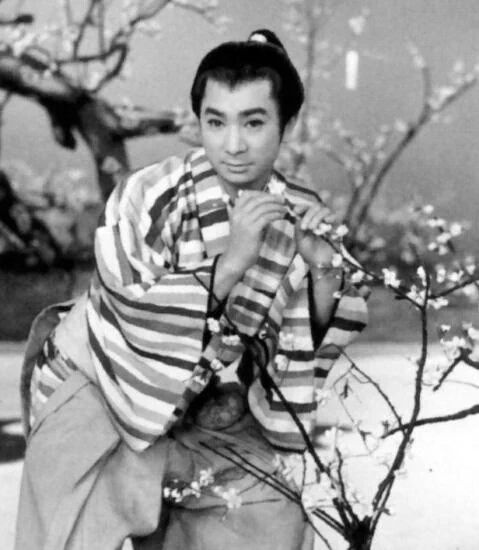 Shintaro Katsu, who starred as Zatoichi, played the character for 27 years.

We here at Cine-Men are going to try something different this week. Normally, our main topic of critique is a single movie or occasionally a television show. However, this week we are going to discuss and bring attention to the several decades-spanning, Japanese action series “Zatoichi.”
“Zatoichi” is one of Japan’s longest-running series. The series tells the tale of the titular “Zatoichi,” played throughout the entire series by Shintaro Katsu, who is a travelling blind masseur with a deadly secret.
This secret is that he is a master swordsman whose skills are completely unhindered by his blindness. His world is perceived in front of the beautiful backdrop of feudal Japan, which he can’t even see.
The film series initially premiered in 1962. From then, a total of 25 movies were created over a time span of 11 years, lasting until 1973. In some years, up to four “Zatoichi” films were created, with some releasimg as little as 2 months apart. In 1974, a “Zatoichi” television series was released, culminating in 1979 with a two-episode finale, bringing the episode total to 100.
With one last film being released 10 years later in 1989, the original actor, Katsu, reprised his role and took the mantle of director, brining the grand total of mainline “Zatoichi” films to 26.

Now, with a release schedule like that, it should be obvious that “Zatoichi” was a Japanese, cultural phenomenon. To give you an idea, “Zatoichi” has 26 films over the course of 27 years. James Bond also has 26 films over the course of 53 years, with both starting in 1962. This is the same number of films in almost half the time. So, “Zatoichi” was quite popular to say the very least.
In regards to character study, “Zatoichi” is definitely an interesting one. All the details of “Zatoichi” combine to make him this Japanese mixture of James Bond and Daredevil from Marvel comics. Some say it could arguably be the main inspiration for the blind warrior character trope. So, to say the least, he is a very interesting and fascinating character.
Refering back to the film series itself, as mentioned earlier, it is very similar to the James Bond series in its story telling.
There is little to no overarching plot connecting all the movies besides the main character himself. One can watch any of the movies in any order and it would not detract from the viewing experience.
However, there are some problems with the series that could leave a bad taste in the mouth of a modern viewer. The series has a problem that is similar to that of the James Bond series where the film depict women poorly. Further, there is the problem of cultural boundary, as many Japanese themes and ideas don’t come across well to the average American audience. So, certain moments can fall flat, if not cause general confusion.
With all that said, like the Bond films, “Zatoichi” has a special place in cinema. It’s fight scenes are legendary and a spectacle to behold. The stories are touching, humorous, and epic. It doesn’t matter which of the stories you watch, look up the series and enjoy a piece of multicultural, cinematic history.