Use your vote to end gun violence 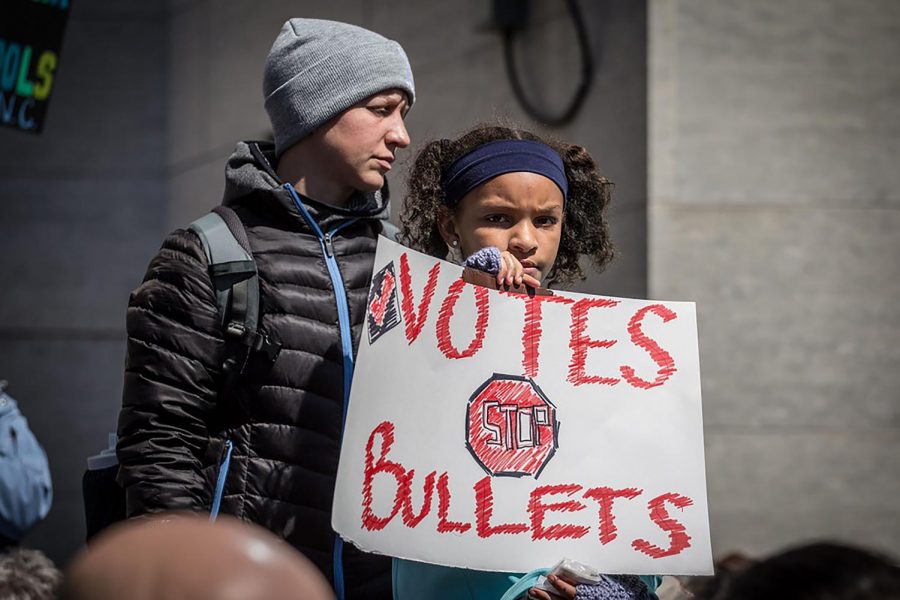 It’s a Saturday evening and you’re lounging about watching TV. You open your phone and click on Twitter, then you proceed to the explore page to view the latest happenings within the news sphere. The bold heading “7 Killed in Texas Highway Shooting” looms above the hashtags and stares right back at you.
You click on it and scroll through countless updates from news sources and the concerned public. Maybe you retweet some condolences for good measure.
Then it’s back to the explore tags to find something a little less depressing to look at. Probably a tag with millions of opinionated tweets revolving around the latest celebrity scandal. I write this because I’ve done it. Yes, these things make us feel sad, but we don’t want to think about them because they make us feel that way.
According to the Gun Violence Archive, there have been 283 mass shootings in the U.S. in 2019 alone.
The victims of these shootings were friends, mothers, fathers, children, husbands, and wives. Somebody loved them. But now they’re dead because somebody else decided to take their life.
I know, I know. “People kill people, guns don’t kill people.” But it’s more like people who shouldn’t have guns kill other people with guns.
Laws change from state to state, but in many, it’s relatively easy to legally purchase a gun. In fact, just about 3⁄4 of mass shooters purchased their guns legally.
And all it takes is two quick background checks and if you pass, you can walk out of the store with a firearm.
Surprisingly, in most states, private gun sellers and gun shows don’t even do background checks, making it even easier. I believe people should be evaluated by a mental health professional before being able to purchase a gun.
Also, banning high capacity assault rifles, like the AR-15, would also be a step in the right direction, as no regular citizen needs them.
Now, I do agree with the statement that banning guns in their entirety in pointless. Why? Well, marijuana is illegal, yet approximately one in five college students have used it in some form in the last month.
So even if guns were made illegal, people would still manage to get their hands on them. But maybe if assault rifles were banned, Nikolas Cruz wouldn’t have killed 17 children while they were at school.
Or maybe Patrick Cruisis wouldn’t have casually strolled into a Walmart and started firing at unaware grocery shoppers.
Who knows? What I do know is that we can’t just accept this as our new normal. It’s not okay that we have to have this fear within us, whether it be in school, at the local Walmart, the movie theater down the road, or even the open academic quad. Even the active shooter bulletins posted around campus utterly depress me.
But honestly, this country will do anything except dealing with the actual problem at hand. No matter how many bandages it takes, we’ll just keep placing them over these wounds, hoping that somehow they magically heal.
Now, if you’re wondering how you can help, vote. Vote in every election that you can. And of course, vote in next year’s presidential election.
Many old people are making decisions for us that are going to be the ones we will have to live with while they won’t. So, get out there and vote, because you never know when you’ll be staring down the barrel of the gun.