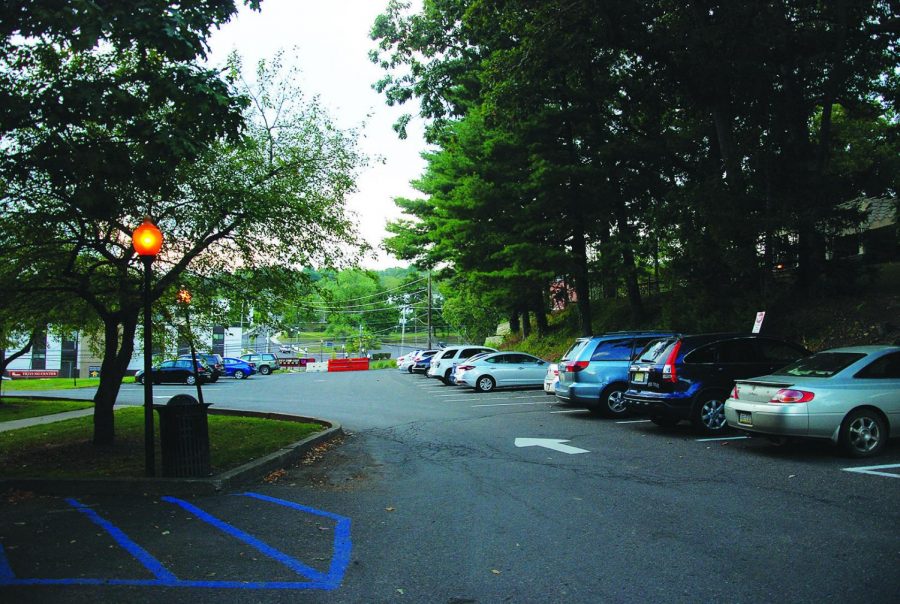 Bloomsburg University’s total revenue from parking passes in 2018 was $299,308 according to Susan Snyder from the University Police and Parking; this number includes parking passes bought by both commuter students and students that live on campus and off campus.
Snyder says the revenue from this fee is used “not only to maintain all of Bloomsburg University’s parking lots, but also to cover all the miscellaneous costs that are associated with vehicle registration.”
The parking pass fees as set by the Bloomsburg University Council of Trustees never increases annually. In fact, students pay less money the more often they buy parking passes.
Commuter student Sabin Laskoski, a Mass Communications Major from Elysburg, says it was a “nice surprise” to find out he only had to pay $3.50 for a purple parking lot pass instead of $40 once he became a sophomore.
Unlike students, faculty and staff are never charged for parking passes. The cost of passes for students varies depending on what year they are and if they commute or not.
During the 2018-2019 school year there were too many underclassman commuter students for the purple lot, so many underclassman commuters were relegated to the orange lot located on upper campus typically used for special event parking.
The new building being built near Centennial is replacing what used to be a parking lot for faculty and staff. This means that the upperclassman black lot for commuters lost several close parking spaces. These parking spaces were needed for faculty and staff who lost an entire parking lot.
According to Snyder, The Bloomsburg University Council of Trustees conduct annual facilities inspections. The council also makes maintenance and construction recommendations to the Pennsylvania State System of Higher Education’s Board of Governors. These inspections and recommendations include campus parking lots.
There are no future plans to change campus parking at the moment. These plans could change as per recommendations and inspections by the council and the PASSHE.