Huskies get back on track with wins over Seton Hill and Frostburg State; at Ship on Saturday 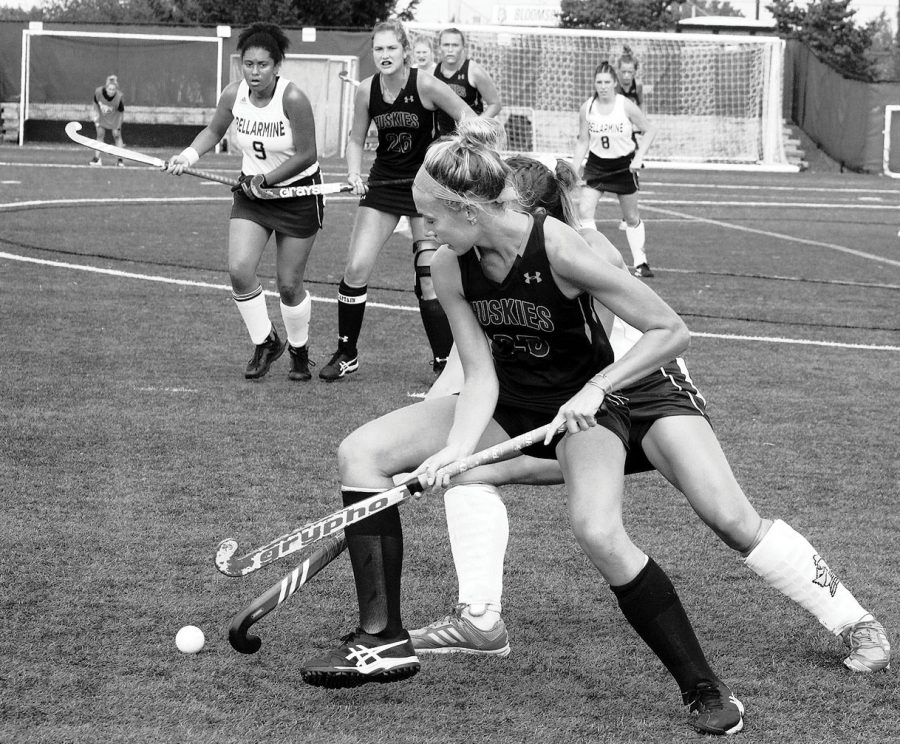 tBloomsburg’s women’s field hockey team is currently on a two-game winning streak, and hopefully this streak continues for their game on Saturday, Sept. 28 at 5:00 p.m.
Their game will be held at Shippensburg University in Shippensburg P.a. The team’s overall record as of now is 2-4 with a record of 2-2 at home and 0-2 away.
Their winning streak started on Saturday, Sept. 21 against Seton Hill University with a final shut-out score of 5-0. Not only was this their first win overall but their first home game win of the season.
The Huskies followed that up with another shut-out against Frostburg State University with the final score of 3-0, adding their second home game win of the season to their record.
Three out of four of the team’s previous losses are going to be able to be made up when the women play West Chester University, East Stroudsburg University and Indiana University of Pennsylvania for the second time in their upcoming schedule.
Two players are seemingly standing out because they scored in both wins against Seton Hill and Frostburg State, remaining consistent and hopefully staying that way. Sophomore Madilyn McKay from Dover, D.e. and Junior Cheyenne Ott from Bethel, P.a. were the two players who scored in both games against Seton Hill and Frostburg State.
Cheyenne Ott is a veteran forward on the field hockey team. She was named the 2018-2019 ADA athlete of the year as well as the 2018-2019 PSAC Scholar athlete of the year for her student athlete achievements.
All these awards were given to her because of all the time and effort she puts in to be a field hockey player as well as a Special Education and Early Childhood Education major.
Madilyn McKay, a nursing major, was also named 2018-2019 PSAC Scholar athlete of the year for her athletic and academic achievements.
The team is comprised of four seniors: Ali Mckay, Rachael Strockbine, Willow Perkins and Tesa Hoffman.
They ended their junior season with an overall record of 11-7-0; they are looking to improve this season for their last run as huskies.
The team is working on their chemistry for their upcoming game against the Shippensburg University Raiders.The Raiders are sitting at an overall record of 3-3 and currently boast a one-game win streak.
This season has shown they have struggled with consistency, as their record at home is 1-2, while their record on the road sits at 1-1 along with a neutral win.
The Raiders have yet to play in a conference game and their matchup against the Huskies will be their first Pennsylvania State Athletic Conference (PSAC) game of the season making it all the more pertinent.
The Huskies now a win here is crucial to gain a strong standing in the PSAC. Playtime for the match is set for 5:00 p.m. on their home turf of the Robb Sports Complex.