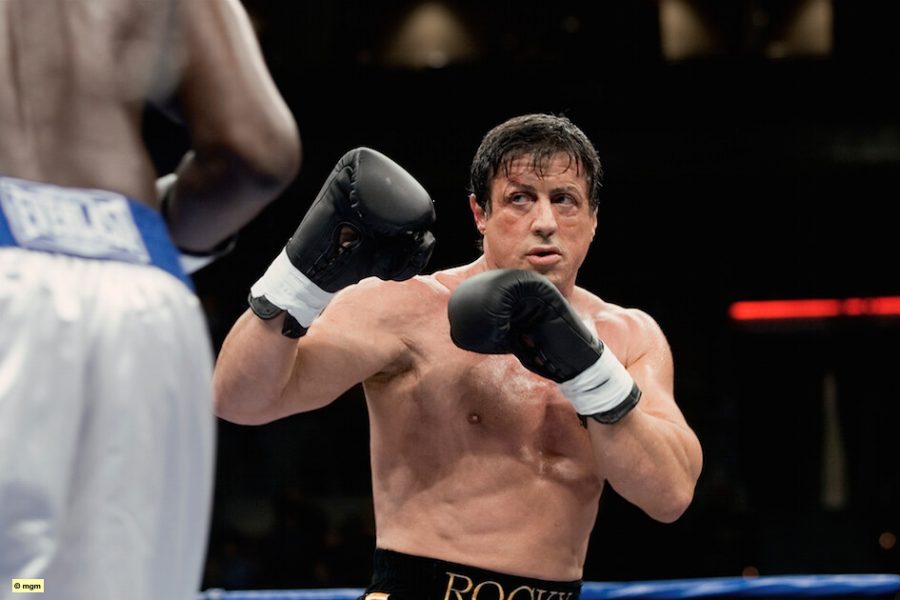 With Midterms around the corner here on campus, we here at Cine-Men are feeling the burn when it comes to our academic duties.

And to lift our spirits and give us the extra motivational push, we decided to watch the best underdog movie of all time – “Rocky.”

And in case you are one of the rare people that has never seen this movie. “Rocky” tells the epic story of the titular boxer Rocky Balboa played the one and only Sylvester Stallone.

With Rocky working as a debt collector in Philadelphia, moonlighting as a small-time local boxer.

Where he is met with once in a lifetime opportunity to fight the undisputed heavyweight champion of the world, Apollo Creed.

With the majority of the movie focusing on the training and hard work Rocky has to put in to even get on Creed’s level, and the strain that puts on his relationship with his girlfriend Adrian. All culminating in a climactic fight in the arena between the two boxers.

This movie is a cinematic work of art. And the United States government agrees, as this film was selected to be preserved in the National Film Registry by the Library of Congress.

Not to mention the film received many other accolades including nominations for 10 Academy Awards, winning 3 of them including Best Picture. And with a budget of $1 million it went in to gross $255 million globally, making it the highest grossing film of 1976.

First is the characterization of Rocky, in that he is an everyman. He is a big strong guy but has a soft heart.

Yes, he collects debts a normally rough and tumble job but it’s the only thing that pays well in his rough neighborhood. And he even goes out of his way to avoid hurting anyone.

He goes about his day saying hello to everyone he comes across; he stops to play with animals in the pet shop window and tries to get closer to the woman he loves with dumb jokes and showing his inner vulnerability despite his macho appearance.

And finally, he gets to where he is through hard work and dedication. Every single aspect of his character is made to be appealing and worthy of praise.

To emulate Rocky is what people do to this day. They want to follow that American Dream of working hard and fighting the good fight to achieve whatever they put their mind to.

Every year people flock to the famous steps featured in that famous training montage. To make that same climb and feel like champions.

What many people don’t know, is that those steps are to the Philadelphia Museum of Art. A very fitting destination, as art is exactly what this movie is.