The Joker is No Laughing Matter 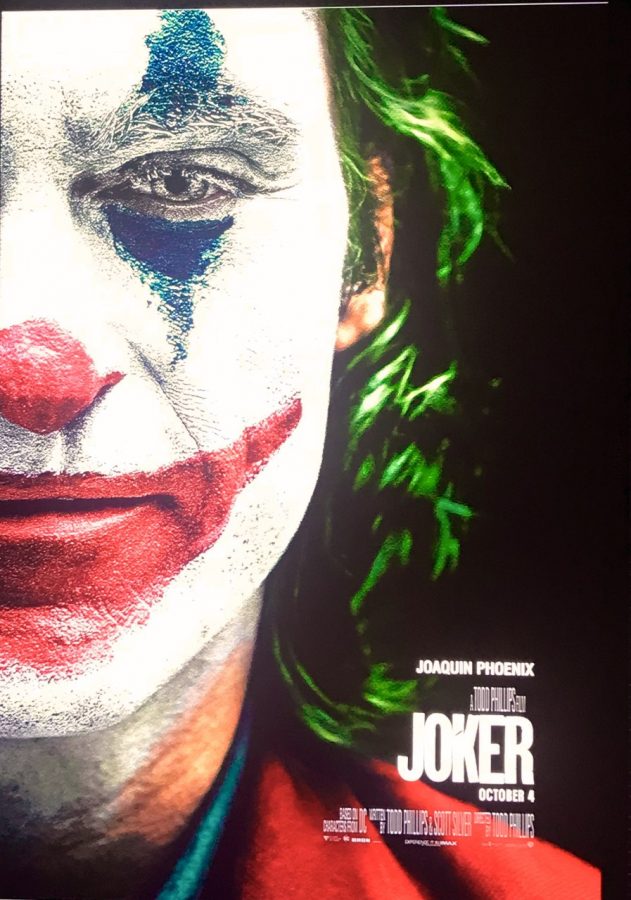 Actor Joaquin Phoenix playing Arthur Fleck, is introduced to the audience as he gradually dons his clown costume. All the while, from somewhere off scene a radio announcer laments over the state of Gotham City. Everything from striking garbage men to super rats plague the city. This less than auspicious introduction to director Todd Phillip’s “Joker” frames the nature of the film.

It will not be a happy story, the world that the viewer is watching unfold before them is one encompassed by greed and violence. It is the old “dog eat dog” proverb fully realized in a place where the weak do not belong. Unfortunately for Fleck, he will fall victim to Gotham’s insidiousness and take on its worst qualities as his own, eventually becoming the Joker.

This happens while Fleck attempts to provide for his sick mother by scraping a meagre living as a sign-twirling clown. The socially awkward Fleck, who laughs uncontrollably due to an obscure medical condition, isn’t cut out for the rigors of street-side advertisement. His sign is stolen from him by a group of kids who then beat him up after he tries to chase them down.

Naturally Fleck, isn’t the happiest person and sees a social worker to discuss his mental state and receive medication, of which there are many. He recognizes his unhappiness and asks for an increase in the dosages of his medication or enough to “not feel bad anymore.” His pleading is largely ignored, even after the social worker reads from his diary the hope-inspiring sentence, “I hope my death makes more cents than my life.” Fleck attempts to play this off as a joke from his upcoming stand-up routine, but it’s plain to see just how desolate he is.

The only bright moment during this introduction into the life of the man who will become the infamous Joker, is his relationship with his mother. The love and support that Fleck has for his mother is both parts sweet and extremely depressing. The two of them live together in a one-bedroom apartment that saw better days a century ago. Mama Fleck depends upon her son for everything. Company, food and baths included. She in turn gives him unconditional love, except for that time after he voiced his hope of being a stand-up comedian and she said, “Don’t you have to be funny to be a comedian?”

Fleck’s luck does not improve after this less than stellar start. He goes on to be accused of stealing the sign from the beginning of the film, given a gun and then fired from his job for dropping the gun in a children’s hospital. It is then when he is at his lowest point jobless and broken down that we see the first glimpse of the Joker in Arthur Fleck.

He boards a subway and is confronted by three suited men who take issue with his laughing condition. Tempers flare and violence ensues, and Gotham begins to fear a murderer dressed as a clown. Downtrodden people around Gotham rally around this masked killer and his attack against the upper-class. Fleck begins to feel fulfilled and says that he is happy people are finally noticing him

The “Joker” does a lot of things well and so does Phoenix in his portrayal of Batman’s most famous nemesis.  Jack Nicholson, Heath Ledger and Jared Leto have each depicted the Joker in various forms, but Phoenix’s rendition is unique in that we see the character’s origin on the big screen for the first time. It is a masterful performance and Phoenix does a great service to the character.

This film itself slowly fills the viewer with dread and with each passing moment you cannot help, but ask yourself “How can it get any worse?”  But, with every new scene it does get worse. Fleck is a clearly suffering individual in a society that has forgotten people like him. He is poor, mentally unfit and the victim of constant ridicule. Each of these afflictions on their own warrant pity, but thrown all together it is downright heartbreaking. All that we as an audience can do is watch, enthralled as this tragedy plays out before us.

The eponymous genesis of the Joker is a thrilling and enjoyable watch, however there are undertones to this film that deserve scrutiny and even criticism.

Amidst the mass-shootings that have been devastating American society, a term has been thrown around and sits in the spotlight alongside these awful events. This term is mental illness and it has become a catch-all phrase for psychological diseases that impact millions of Americans to a lesser or more severe degree. While this shift in focus has brought more attention, study and funding to a neglected or even ignored area of medicine, it has also done a lot of harm to individuals that suffer from mental illness.

Because of this overly exaggerated connection between poor mental health and violence, the two have now become synonymous for one other. Some groups, and people have gone so far as to say that “There isn’t a gun problem in America, there is a mental health problem.” Doing so completely shifts the narrative and breeds fear of people with mental illness, even ones that are more commonly spoken of, but are just as serious like anxiety or depression.

So, while the “Joker” is an engrossing film about Gotham’s number one baddie, it also does a disservice to people suffering from mental illnesses and paints them as something they are largely not. Phillip’s depiction of the connection between Fleck’s mental health and the resulting violence he commits, is heavy handed and wrong. It does harm to a large number of people that attempt to lead normal lives, while fighting against diseases that are misunderstood by society.