New characters shake up “This is US” 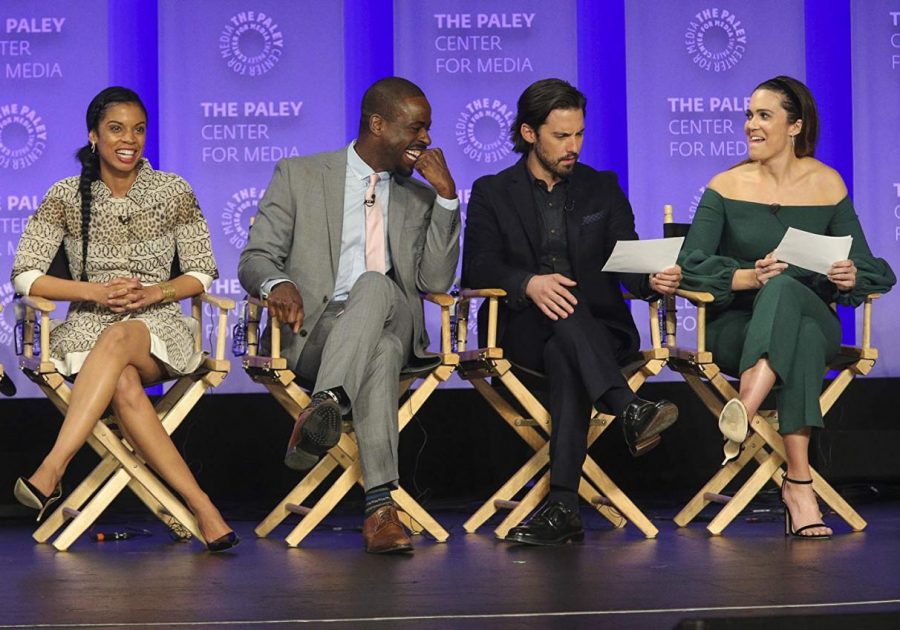 ‘This is Us’ cast (left to right) Susan Kelechi Watson, Sterling K. Brown, Milo Ventimiglia, and and Mandy Moore speaking at panel.

This Is Us premiered on NBC Tuesday, September 24th.  If you’re a fan of the show, season 3 might have made you feel like you know everything about the family. That was until season 4 started off with an episode filled with new characters, new flashbacks, and memories that leave you feeling like you don’t know this family at all.

As we have seen in the past 3 seasons, This is Us writers have unraveled a family’s story in a very unique way. Of course, fans were expecting another dramatic surprise for the premier, no one was expecting quite the twist it took.  A new cast of characters is introduced in the first episode of season 4. Jennifer Morrison is introduced as Cassidy Sharp, a Marine coming back into civilian life, struggling with PTSD. Malik played by Asante Black, a responsible, young, teenage dad raising a baby daughter with the help of his parents who are played by Omar Epps and Marsha Stephanie Blake, and also an unnamed, blind, singer (Blake Stadnik) who start a romantic relationship with a waitress he meets named Lucy played by Auden Thornton, are the newest characters to be on our television screens.

The question remains the same throughout the entire episode. Though these characters are lovely, (you fall in love with them quick!) what do they have to do with our Pearsons?  The final few minutes of the premier answers (almost) all the questions fans were asking, still leaving enough curiosity to make us beg for more. The twist at the end is just too good to be spoiled.

If you’re reading this, the second episode is now out and if you haven’t watched the first or second yet, what are you doing? I know we’re all feeling the stressors of having a lot to do for our classes, but self-care is important people! Give yourself some ‘you’ time by catching up on the latest episodes of “This is Us”, every Tuesday night at 9pm or catch up on Hulu.  Hulu does offer a student discount option for $4.99! Think of all the shows you can watch for that cheap.