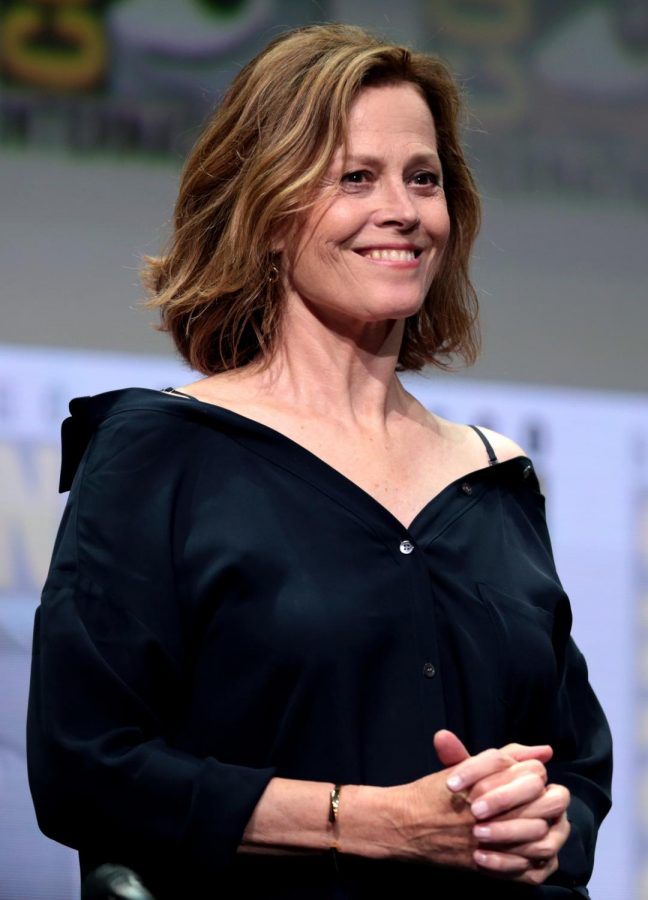 Sigourney Weaver, prtrayed Ellen Ripley, who is to this date one of the most bad ass characters in sci-fy.

What makes a classic movie? What makes a movie to be considered one of the greatest films of all time? That is what we are going to discuss this week, we are talking about “Alien.”

“Alien” has been dubbed not only one of the most classic sci-fy movies to date, but holds amazing feminist values that make it stand out for a movie of its time. The main character, Ripley, is a woman who is not only trained and educated, but is one of the strongest personalities in the movie. She breaks away from the stereotypical female character in sci-fy movies, leading into the 1970’s, and made major breakthroughs for women in serious roles.  The other characters in the movie are diverse have different points of views and dynamics throughout the movie.

This film cleaned house when it came to both box office revenue and awards. Earning over $80 million in the United States alone. With some estimates putting the worldwide revenue as high as $200 million. With its list of awards won and nominated simply being too long to list. One of them being that this film has been preserved in the United States National Film Registry for being so culturally significant. And is consistently considered one of the best movies of all time.

This movie is fantastic in every aspect. The cinematography, the sound design, the characters are all masterfully crafted. With scenes so memorable they are ingrained into pop culture, such as the now infamous “Chest-Burster” scene. In fact, this movie is so memorable it has been academically studied by three universities as to how and why it is still so well remembered 40 years after its release.

And this movie succeeds in one aspect previous readers of this column may have noticed when I critique horror movies. This movie is actually scary. And I have seen it multiple times! The lingering camera shots over suspenseful scenes with the music swelling creates the perfect combination to become a successful horror movie. The scenes with action are filled with real action and suspense. They are both visually horrific and intense, but also are some of the most creative scenes I have ever seen for horror films.

The titular alien being a prime reason for this. Designed by the now famous H.R. Giger. He proves his skill in its design. It’s slick black form perfectly camouflage into the dark recesses of the spaceship truly make it look like it could be anywhere, in any scene. A design now so well known a piece of the original suit now sits in the Smithsonian Institution. The alien depicted in the movie was not only androgynous and unearthly, but felt the most opposite from human any alien has ever been depicted as in any sci-fy movie I have every seen. Its glossy skin was unnerving and the fact that I was portrayed by a man who was over 7 feet tall only asses to the eeriness of it all. The use of a real person and not animatronics made the alien feel real and brought a life to the movie that is hard to recreate.  The movie also features a cast that is absolutely amazing. The peak being Sigourney Weaver as the main heroine Ripley. A character that has cemented her place in stardom and considered a major milestone in female representation in movies. Which is absolutely deserved because both Ripley and Weaver are badasses.

Honestly, I could go on about how great this movie is but seriously if you have not seen it already, put this paper down and watch it. Alien is a hallmark of cinema for a reason, it is simply just that good.