McCormick next for renovations 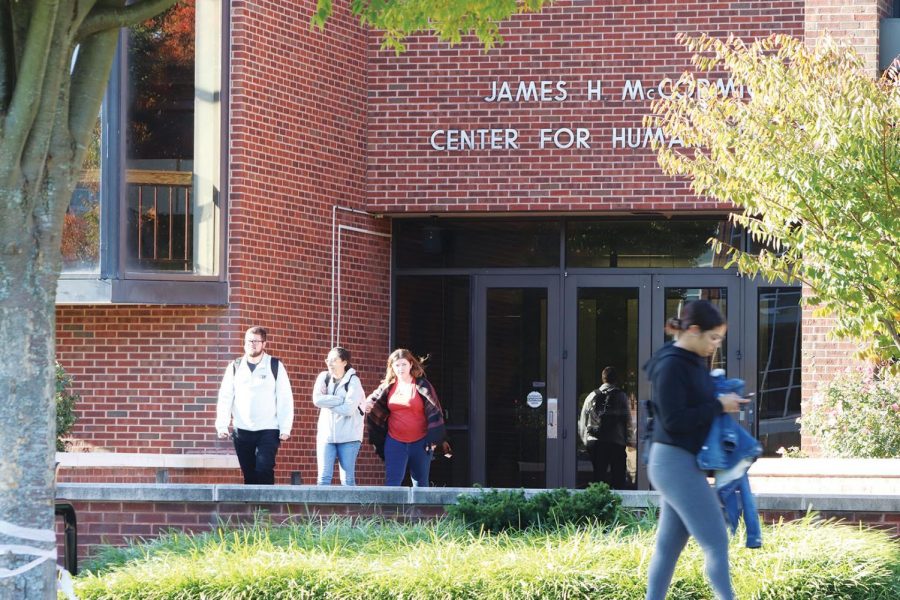 After being built in 1982, McCormick Center for Human Services is finally due for its first renovation starting in July of 2022.
McCormick, home to departments such as Mass Communications, Psychology and Nursing, will be under construction for two years, supposedly finishing in July 2024. These departments will be relocated to Waller Administration Building and Old Science Hall.
“Relocation of McCormick space functions will be distributed between Waller and Old Science buildings which become empty in August/September 2020 when folks move into the new building,” said Eric Ness, Assistant Vice President of Facilities Management.
However, specific plans have yet to be developed.
Some upper classmen are disheartened to learn they won’t be able to see the newly renovated building. Junior Jaclyn Baumeister, a Nursing major here at Bloomsburg, said, “I would have really loved to see it [McCormick] after it’s finished. Some of the classrooms and labs are really outdated.”
Other students are more worried about where their departments are being located. Junior Lia Toglia, a Mass Communications major, expressed her concern about the relocation of the Mass Communications department.
“I think it’s annoying that our whole department is being moved a year before we graduate,” said Toglia.
Originally, it was planned that Old Science and Waller were to be demolished, but demolition of these two buildings is being put on hold until the McCormick renovation is finished.
“Renovation funding is $24,000,000, delaying demolition of Waller and Old Science. This saves about $3,000,000 in temporary facilities costs. Combined space of Waller and Old Science are within 2,000 square feet of McCormick space,” said Ness.
For now, classes being held in McCormick will proceed as normal.