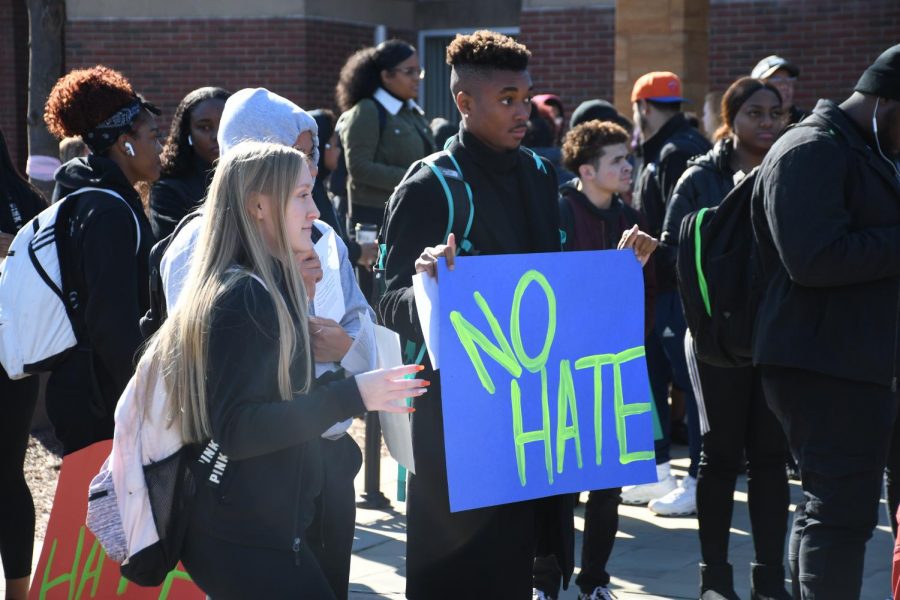 An athletic department student worker at BU has been fired after the emergence of a racist video on social media.

BU student Brett Rebuck is seen repeating the N-word and re-enacting “auctioning off slaves” in a video that traveled online starting Sunday afternoon.

Brett Rebuck worked closely with the university’s football team as a work study in the athletic training room.

After the video emerged, Rebuck reached out to a member of the team over Instagram. In the messages, he explained how alcohol and encouragement from his friends resulted in his actions and continued to attribute his behavior to excessive drinking.

Many students of color were outraged and demanded a response from Bloomsburg University. Students took to Instagram, Twitter, Snapchat and Facebook, tagging Rebuck and Bloomsburg’s official page in posts regarding the video.

In response to the outrage, BU President Bashar Hanna issued an email to all students in which he stated: “We take this matter very seriously and have taken immediate action. The student has been dismissed from employment within our athletics department, and he will be subject to potential disciplinary action pursuant to our student code of conduct.”

It has not been confirmed what form of disciplinary action has been taken.

In response to the video, Bloomsburg University student Mukalah Upshur stated: “This situation was not a huge shocker. It happened before; it was only a matter of time before it happened again.”

Upshur added that “they think blasting an email apology is enough for us, and it isn’t.”

BU student Kelyn Brown agrees with the decision to fire Rebuck from his job, but the email that was sent out was not enough.

Khalil Nelson, a player on the BU football team, stated: “Being a black student at Bloomsburg University…there is always an unwelcoming feeling, but it’s ignored. The video shows that the school needs unity and understanding.”

Nelson says he believes that everything done in the dark always comes to light, and Rebuck’s decisions definitely came into the spotlight with this incident.

Jaco Sattamini, another BU football player, explained “[the video] is not shocking, just incredibly disappointing that people still have this mindset in 2019. It’s shocking that this racially charged speech came from someone who worked with so many athletes of different races.” Sattamini additionally stated that just because he wasn’t black, it didn’t mean that he wasn’t going to stand up for his fellow black teammates and peers.

Similarly, senior team member Alex Gooden said: “When I first saw the video and learned who it was, I felt more disappointed than I did outraged, I think more because of the fact that I’ve been around him for 9-10 weeks now and we got pretty close.”

Jamir Reed, a sophomore member of the football team, additionally spoke about how he and his teammates feel about the news.

“He was around us 24/7…we were just like ‘how could he do such a thing and talk to us every day’…he also tried to blame it on him being drunk; that’s such a poor excuse,” Reed said.