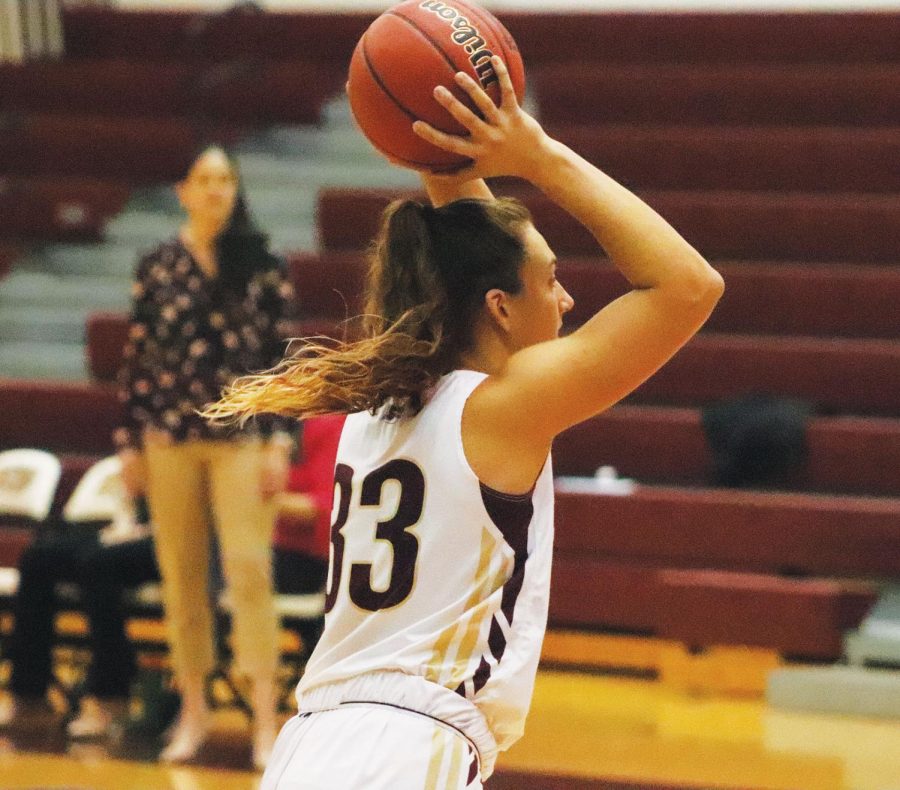 Senior forward No. 33 Taylor Montana passes to a teammate.

The Bloomsburg University women’s basketball team dropped its season opener to the University of the Sciences (Philadelphia, Pa.) on Wednesday night by a final score of 61-51 at the Nelson Field House.

With the loss, the Huskies drop to 0-1 overall while the Devils improve to 3-0 with wins in all three of their opening games of the 2019-20 season.

Bella Ricci led the Huskies in scoring on Wednesday night after recording 15 points and three assists in the season opening loss. Irisa Ye paced U of Sciences with 14 points along with five rebounds and four assists.

The Devils were also able to force 16 Huskies’ turnovers in the game which proved to be another pivotal game changer in the season opening loss for Bloomsburg.

U of Sciences only managed to make six of their attempted 24 three pointers in the game, but each of those threes from the Devils came at good times, as the Huskies led just one time in the game.

The loss at the Nelson Field House marks the first loss in front of their home crowd for the Huskies since the 2017-18 season, as BU went a perfect 13-0 at the NFH a year ago.

The Huskies will now look ahead to next Weednesday when they travel to Chestnut Hill College alongside the mens basketball team.