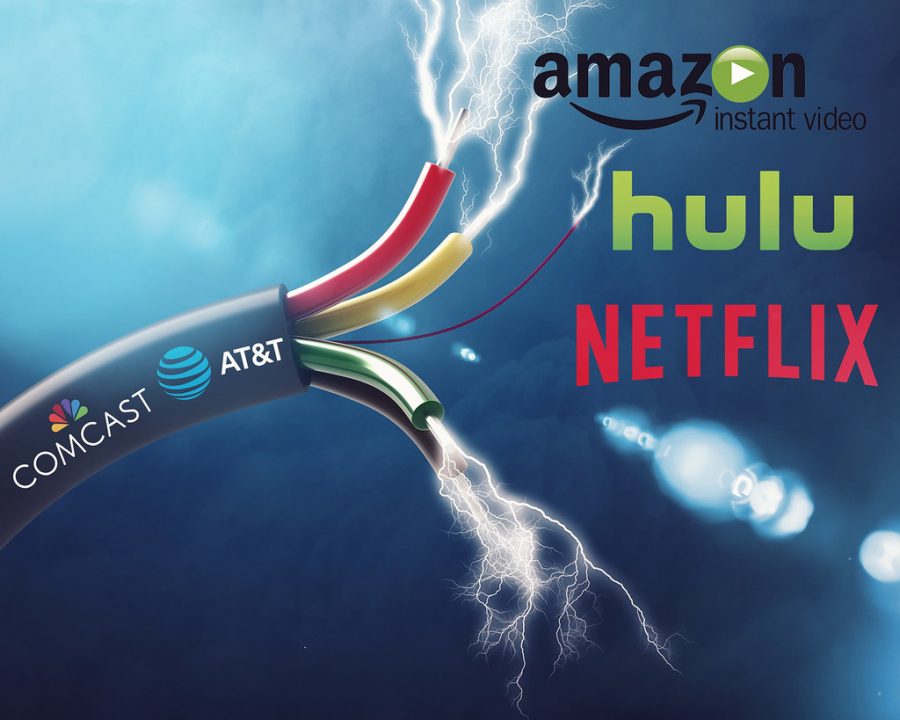 When looking back, everyone can remember having to flip through their television, attempting to find the show they wanted to watch (if it was on). Nowadays, all you have to do is go to your favorite streaming service and BOOM! you’re watching whatever episode you want. Netflix, Hulu, you name it; whether you have one or the other, chances are they have what you want.

While you have to pay a monthly fee, its seemingly worth it to have your shows right at the tip of your finger. In the moment, it doesn’t seem like too much to be paying the $12 a month for Netflix, or $9 a month for Amazon Prime. But what happens when the owners of what is being streamed start to realize how they can capitalize on its viewers?

They take what is theirs and move it to their own streaming services. And that is where it begins to go downhill… fast. Soon enough you have Showtime, Disney+, HBO, CBS, Apple TV, and more. All these new streaming services, which means all new prices. You want to watch “Pocahontas”? Well it’s not on Netflix anymore, so you have to pay the $7 a month for Disney+. “Game of Thrones”? A reportedly $15 a month taken out of your account by HBO once their service is streaming.

All of these streaming services put together, and you have about $90 a month coming out of your account for multiple platforms so you can watch your shows. At the rate its going, it’s as if you are paying for cable all over again. Isn’t this why we decided to “cut the cord” and ditch cable?

Our parents decided to leave cable and on-demand in the past, but the conglomerate of companies that own these streaming services are consistently opening new services with more exclusives. It almost seems worth it to go back to the time of DVD box sets and recording movies when they happen to be on.

For those not in college, who have careers and stable income, this might not be a problem. But for those who got rid of Netflix because of the price, it’s time to phone a friend and get those new passwords!