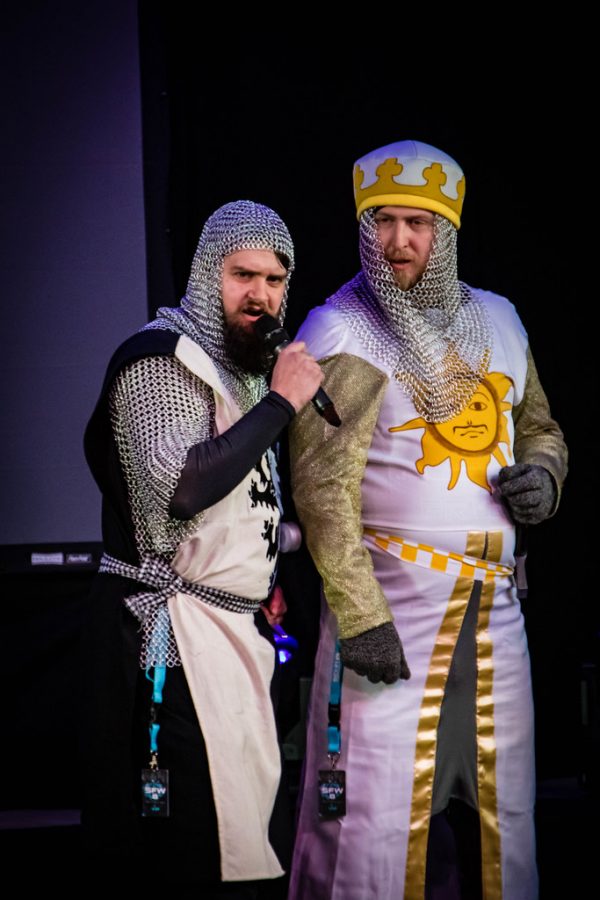 Welcome one and all! To this week’s romp through one of the greatest films of all time, and one that makes me laugh all the way through it. This week we are talking about “Monty Python and the Holy Grail”.

Created by the titular British comedy group named “Monty Python”, this film is a retelling of the story of King Arthur and his knights search for the mythical Holy Grail. Albeit this retelling is broken up by largely unconnected comedy skits. Absurd to the nth degree, this film largely does not have a major plotline, only punchlines.

The film’s production background make’s it even more of a unique gem, and even more so considering how it is was so successful. Directed by both Terry Gilliam and Terry Jones who were both members of the comedy group and never directed a feature film before this. They took up the role of directors after Monty Python’s first movie “And Now for Something Completely Different” received mixed reception. While directing both members also featured in the film itself as assorted characters. The film released with great success, being routinely voted one of the best comedies of all time. Even with a budget of roughly $400,000 it went on to earn over $5 million at the box office.

The thing about comedy is that it is very hard to explain what makes it funny. And attempting to do so can often ruin the joke. “Holy Grail” is no different in either of these aspects. For what is funny to me is probably unbearable to others.

To start, like the comedy groups television show, the film is very silly with little grounding in reality. Yes, the film is parodying the tale of King Arthur, but direct aspects of the story are referenced very little that with a couple of edits and re-writes it could easily be made to parody any medieval setting.

And the film benefits from this immensely, allowing it to get away with jokes that would normally raise eyebrows in other films. Another factor of this is how the film makes fun of the medium of film as a whole. Drawing scenes out to absurdity and breaking the “rules of cinema” at any opportunity it can. One main example of this being when the Python members play multiple characters throughout the movie, sometimes even playing multiple characters in the same scene. They are not trying to fool the audience members; they will do whatever they want cause it’s funny.

This aspect is what I love the most about this film. As comedy itself is mainly about subverting expectations, and the Holy Grail was made with this in mind. Holy Grail is not a movie that is a comedy, it is about comedy. Holy Grail’s self-aware rebelliousness shows how much you can do within the realm of comedy. So, don’t take it too seriously, sometimes rules are meant to be broken, and you should do it with a grin and a wink to the camera.

I fully recommend the watching of this iconic film. This movie will change your view on life in more than just one day.