Doubleheader set for Saturday beginning with men at 1 p.m. 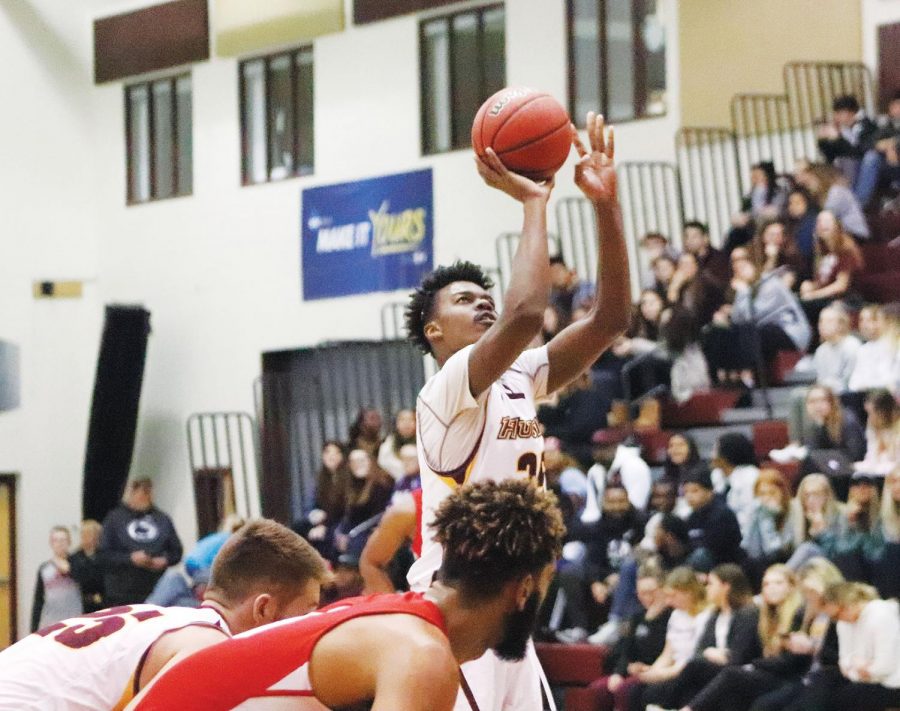 The Bloomsburg University men’s and women’s basketball teams will welcome the University of Pitt-Johnstown (UPJ) for a doublheader afternoon at the Nelson Field House this upcoming Saturday, December 7.  The men’s team of each school will start off the action at 1 p.m. followed by the women at 3 p.m.

The mens team for Bloomsburg is off to a strong 4-3 (1-1 PSAC) start with four wins in its last five contests.  The Huskies are also now on a two-game winning streak with consecutive wins over Seton Hill and Cheyney University.

The men are led by redshirt junior forward Max Wagner, a recent transfer from Pennsylvania State Athletic Conference (PSAC) rival Kutztown University, who is averaging 18.3 points per game along with 9.1 rebounds per game which both leads the team in those categories.

The UPJ mens team currently is off to a strong 8-1 (2-0 PSAC) overall record with its only loss coming from a 79-76 setback to Concord Univeristy to open the season. The Mountain Cats are in the midst of an eight-game winning streak.

As for the women, the Huskies are off to a rocky start as Bloomsburg now boasts a 2-3 (0-2 PSAC) overall record. The Huskies last win comes just before Thanksgiving break with a 67-62 home victory over non-conference opponent Holy Family on Tuesday, November 26.

The BU womens recently traveled to Lehigh University in Bethlehem, PA for an exhibition match with the Mountain Hawks.

The women are led by senior Taylor Montana, who is averaging 13.4 points per game along with leading the team in rebounds as well (6.4 per game).

With the men and the women of Pitt-Johnstown entering the doubleheader with just two combined losses, the Huskies will have to take advantage of the home court oppurtunity to hopefully come away with a doubleheader sweep over the Mountain Cats.

The men are set to start off Saturdays action beginning at 1 p.m., followed by the women at 3 p.m. at the Nelson Field House.