Get up to date with Bloomsburg men’s & women’s tennis 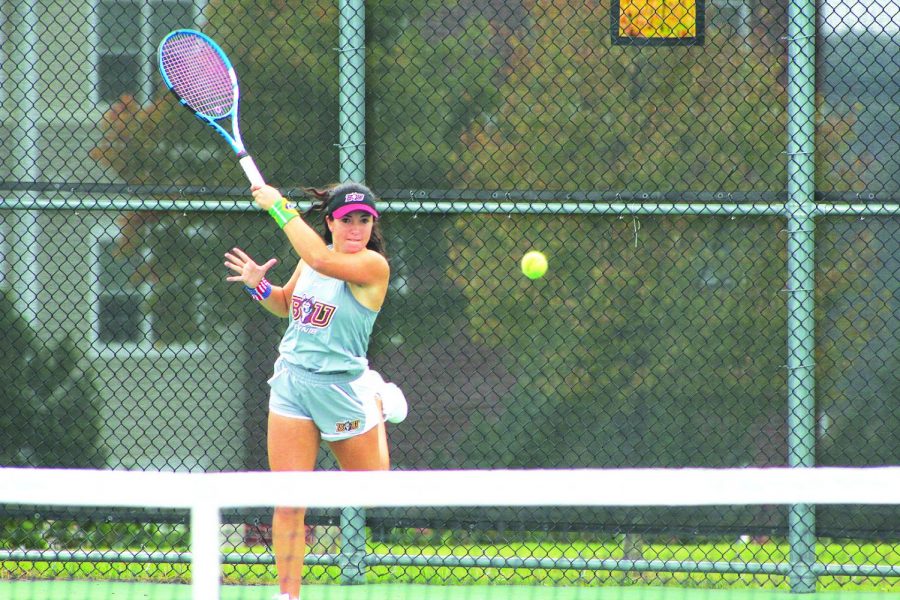 The Bloomsburg University Men’s and Women’s Tennis teams have a big weekend ahead, as they are set for their Spring season openers.

Both teams will travel to both Niagara University on Saturday, and Rochester Institute of Technology (RIT) on Sunday to compete.

With the addition of new head tennis coach Rebecca Helt in the summer of 2019, the Huskies look to continue their winning Fall 2019 season, as the two teams combined an overall 6-1 record.

On the men’s side, some key players to look out for include juniors Nagid Walle and Robin Luetzig, who in the fall were runners-up in the Pennsylvania State Athletic Conference (PSAC) Men’s Tennis Doubles Championship.

With this  accomplishment, the duo is not only experienced, well-rounded players, but also driven leaders for the men’s team as they set an example for the underclassmen.

In regards to the women, some standout stars include seniors Taylor Capoferri, and Cassidy Calimer. Capoferri, alongside junior Giovanna Bonito have a joint six victories each in singles competition.

Just behind them is Calimer, with five wins in singles competition, in addition to receiving First Team all-conference accolades in singles last year.

Furthermore, Bonito and Capoferri had a 6-1 mark during the fall season in doubles, particularly a perfect 3-0 record in duals.

Calimer and senior Vitoria Nery also achieved All-PSAC First Team awards in doubles, reaching 4-2 in doubles – 3-1 in tournament action. As a whole, the women’s team is currently positioned in the top 10 of the Oracle/ITA Atlantic Regional Preseason Rankings.

In full effect, the combination of coach Rebecca Helt and the main leaders of the Men’s and Women’s Tennis teams should be enough to uphold the expectations of a successful Spring 2020 season.