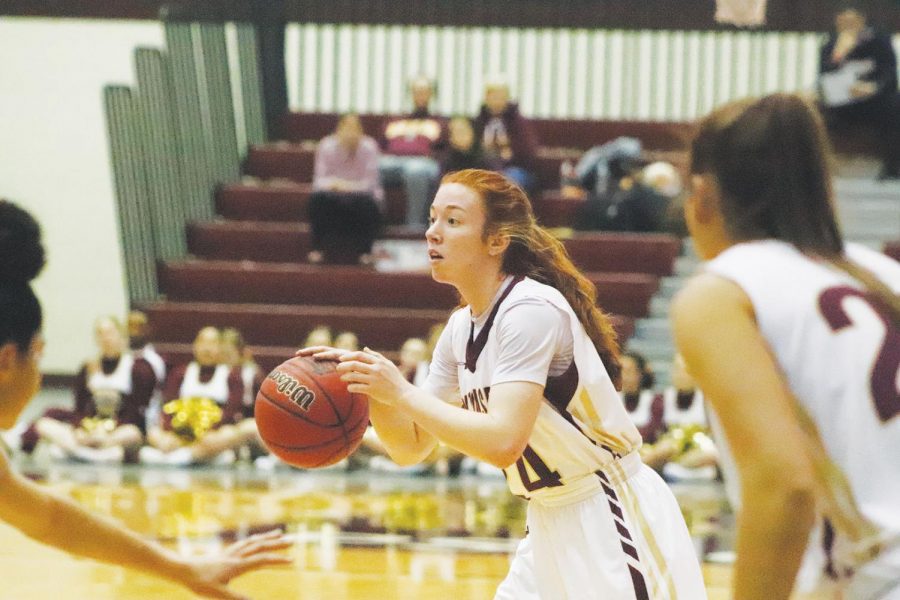 The men came up just short of what could have been a 21-point comeback as the Huskies fell to ESU by a final score off 99-88.

As for the women, Bloomsburg played a tough fought game in a much-needed win for the Huskies, as the ladies came out victorious with a 63-46 victory over the second place Warriors.

Both the men and the women now have just six regular season games remaining before the postseason.

Travis Elmore paced the game with 21 points from the field. Three other huskies reached double digit points. Max Wagner and Justin Anderson helped with 19 points each and Ky Mauras followed them with 17 points.

ESU was led by Michal Weiss with 20 points from the forward position. The Warriors had a much more rounded attack as they had five shooters total being double digits, including Carlos Pepin who recorded a double-double.

The team had a rough night overall. They had an early two point lead over the Warriors, but saw that lead disappear quickly. The Huskies would not see a lead after the 17 minute mark in the first half. The away team eventually put up 60 points in the first half to Bloomsburg’s 45 points.

The home team had a greater shooting percentage but the Warriors had they beat from beyond the arc. ESU was 10-26 from afar while Bloomsburg was just three for 19.

ESU also had them beat going for rebounds. The Warriors had 16 boards while in their offensive zone while Bloomsburg only had 7.

The Men’s Basketball team looks to end the three game losing streak and right the ship against Shepard University on Saturday at Shepherdstown, WV.

The second game of the double header was The Bloomsburg University Women’s Basketball team against the favorited East Stroudsburg Warriors.

The Women’s Basketball Team upset the East Stroudsburg University Warriors with a final score of 63-46. Emma Saxton led the way with 16 points. She was followed by recent 1,000 point club inductee Taylor Montana with 14 points and Bella Ricci followed them up with 11 of her own.

Julia Kutz led the charge for the Warriors with 16 points. She was the only player to break double digits for the squad.

It was an excellent and even match for all but the second quarter. Every quarter was close with the exception of the second, as Bloomsburg outscored East Stroudsburg by a 21-6 margin, giving the Huskies a comfortable lead of 33-18 going into the half.

After the half, it was right back to close, competitive basketball. The third quarter was a push with points going to each, keeping the margin of the lead the same for the Huskies, and the fourth quarter was more of the same. Bloomsburg put up 18 points to outpace East Stroudsburg’s 16 points.

Although East Stroudsburg dominated in the paint, collecting more than 18 more rebounds than the Huskies, BU’s advantage in the game came from their accuracy from the field. They made 60% of their field goals compared to the Warriors 29%.

The Huskies now look ahead to this Saturday when they travel to newly added Pennsylvania State Athletic Conference (PSAC) opponent Shepherd University before returning home to face Mansfield University on Wednesday, Feb. 12