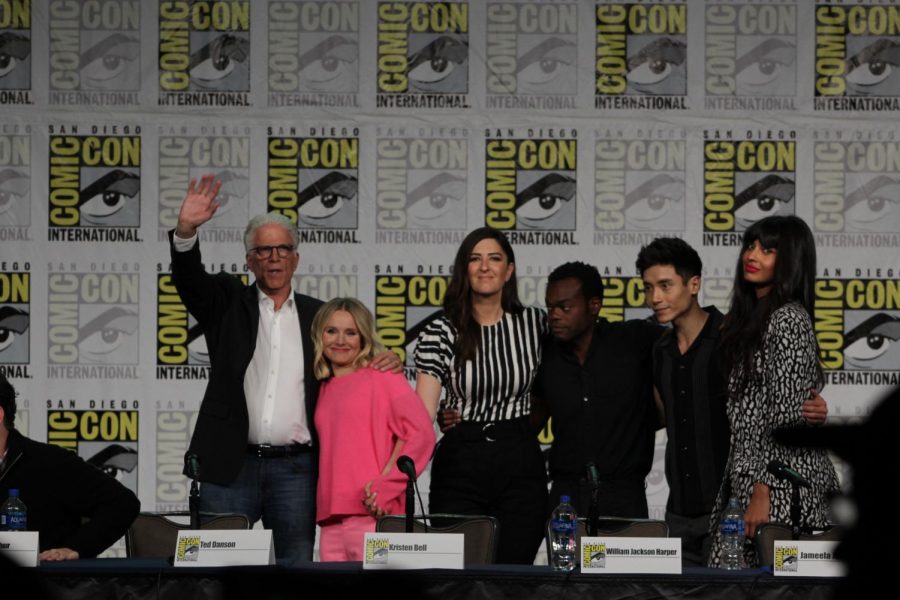 “The Good Place” ended last week, and it will certainly be a show to be missed. Although I never understood why someone would ever decide to make a sitcom about the afterlife, I’m happy I decided to give this show a chance.

Although four seasons seemed a bit short-lived compared to the extensive number of “Friends” episodes made, I think it’s better for the show to have ended now than repeated itself relentlessly later.

For example, despite how a show like “Friends” is notorious and beloved by many, you’d be hard-pressed not to admit that the final two or three seasons force viewers to endure countless flashbacks, repeated storylines and plotlines that make absolutely no sense (yes, I am referencing how Joey and Rachel for some God awful reason suddenly decided they are attracted to one another). “Friends” is only one example of a show that has gone on for just too long; “Big Bang Theory,” another loved show, began repeating the same patterns as “Friends” did toward the end of their run.

While I’m a bit biased towards Mike Schur-based NBC comedies, I’m not afraid to admit that the final seasons of shows like “The Office” or “Parks and Recreation” were quite a bit worse than the earlier seasons. Take the unnecessary time jump at the end of “Parks” – did we really need to see some futuristic 2017 where Leslie and Ron have spent their time fighting with each other? I’d have to say no.

There comes a time when a show should end; “The Good Place” ended at exactly the right time. With the events that unfolded in season three and the beginning of season four, the finale of “The Good Place” tied all of the characters’ stories up in a satisfying, tear-inducing way.

Without giving too much away, I’ll say that the finale served up plenty of “Cheleanor” moments, a plethora of heart-to-hearts and an exploration of the Jeremy Bearimy of the afterlife. It was, to say the least, a great way to end a great show.

As Kristen Bell said in the post-show interview with Seth Meyers: “There’s this beautiful thing you can do as a writer that they did on this show which is like, ‘the show’ ended too soon. You wanted, maybe we did, wanted more of it. But that’s what you get. It’s a little too short. It’s a lot like life.”

I think this encapsulates exactly what the show was trying to accomplish throughout its four-season run. Of course we all wanted to know more about the new afterlife and the Soul Squad’s time together, but forcing the show to end when it did makes the audience remember that life is short.

Talking about life was the entire point of a series about death. Every episode strived to give you nuggets of wisdom to take with you into your life, specifically regarding the importance of forging good relationships with other people.

So even though “The Good Place” has come to a close, the importance of the show’s pivotal message – helping one another become better – will be relevant for many years to come.