This Week in History

The Donner Party and the rush for gold 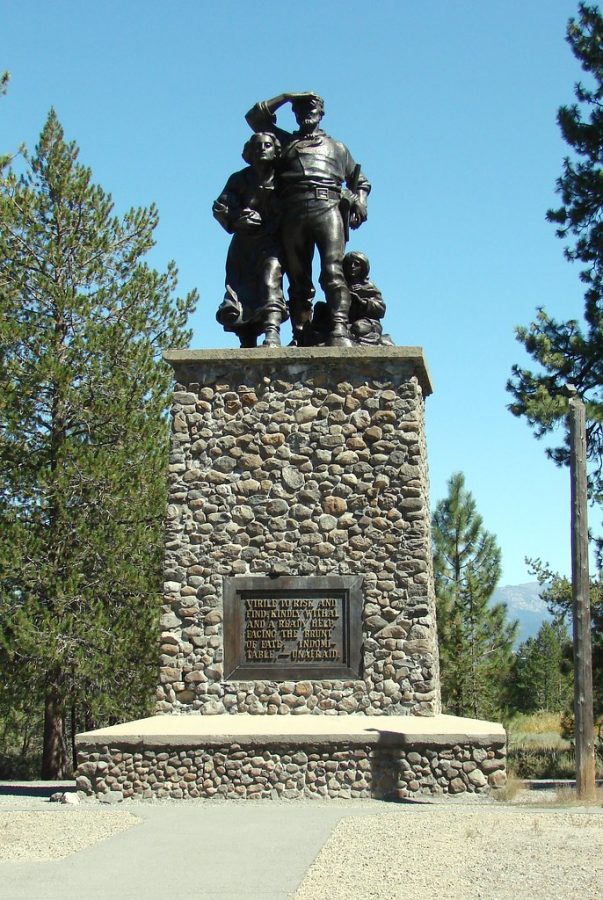 A memorial at Donner Party State Park in CA. The plaque reads as follows: “Virile to risk and find; kindly withal and a ready help. Facing the brunt of fate; Indomitable, - unafraid.”

On February 19th, 1847, the First Relief had reached the frozen and famine-stricken Donner Party. Looking to cross the Rocky Mountains a couple years before the California Gold Rush, the party decided to take a newly discovered shortcut named the “Hastings Cutoff.”

Beginning their journey from Springfield, Illinois during the summer of 1846, the group had made their way to Fort Laramie in Wyoming on June 27th.

In a bid to reach the best land in California first, party member James Reed had learned of Hastings Cutoff, about which he was told could shorten their emigration by weeks.

Despite being warned that the shortcut was more dangerous than the normal path to Fort Hall, the elected leader of the party, George Donner, decided to take Hastings Cutoff.

In contrast to their uneventful arrival at Fort Laramie, they were almost immediately beset by trouble on their new path in the Wasatch Mountains.

After losing their oxen on the Salt Lake Desert and merging back with the normal path, they had added over 100 miles to their trip and fallen behind the other parties in the race to California.

According to OnlineNevada.org, a member of the Breen family, also with the Donner Party, had written about the rising snow and the deaths of their last oxen, which was on November 29th.

After months of suffering in the cold without help, the First Relief had finally reached the survivors of the Donner Party where they rescued 23 members of the group.

Three more relief parties would arrive and save a total of 45, with 36 dying in the snow.

Five people remained at the snowed-in campsite after the Third Relief left. Notoriously, when the Fourth Relief returned to rescue them, only one survivor, Lewis Keseburg, remained. As Frank Mullen from OnlineNevada.org puts it, Keseburg was “surrounded by the half-eaten remains of his companions.”

Historically, the Donner Party can be seen as an indicator of the fervor that swept throughout some Americans to get to a better life in California.

This can be seen as an example of how people were willing to risk a dangerous trip for land grants in California, though George Donner certainly couldn’t have foreseen this much of a catastrophe when he decided to take a shortcut.

As a person who is trying to explore more and go hiking during the summer, the Donner Party can also serve as a reminder to be careful when going out on trips into the wilderness, to not seek out dangerous options on purpose, and to plan accordingly.

While there is a large difference between a simple hike and a trek across half of the United States, lessons can still be learned in safety and having contacts that know where you are.

Tristan is a junior History major and President of BU History Club.