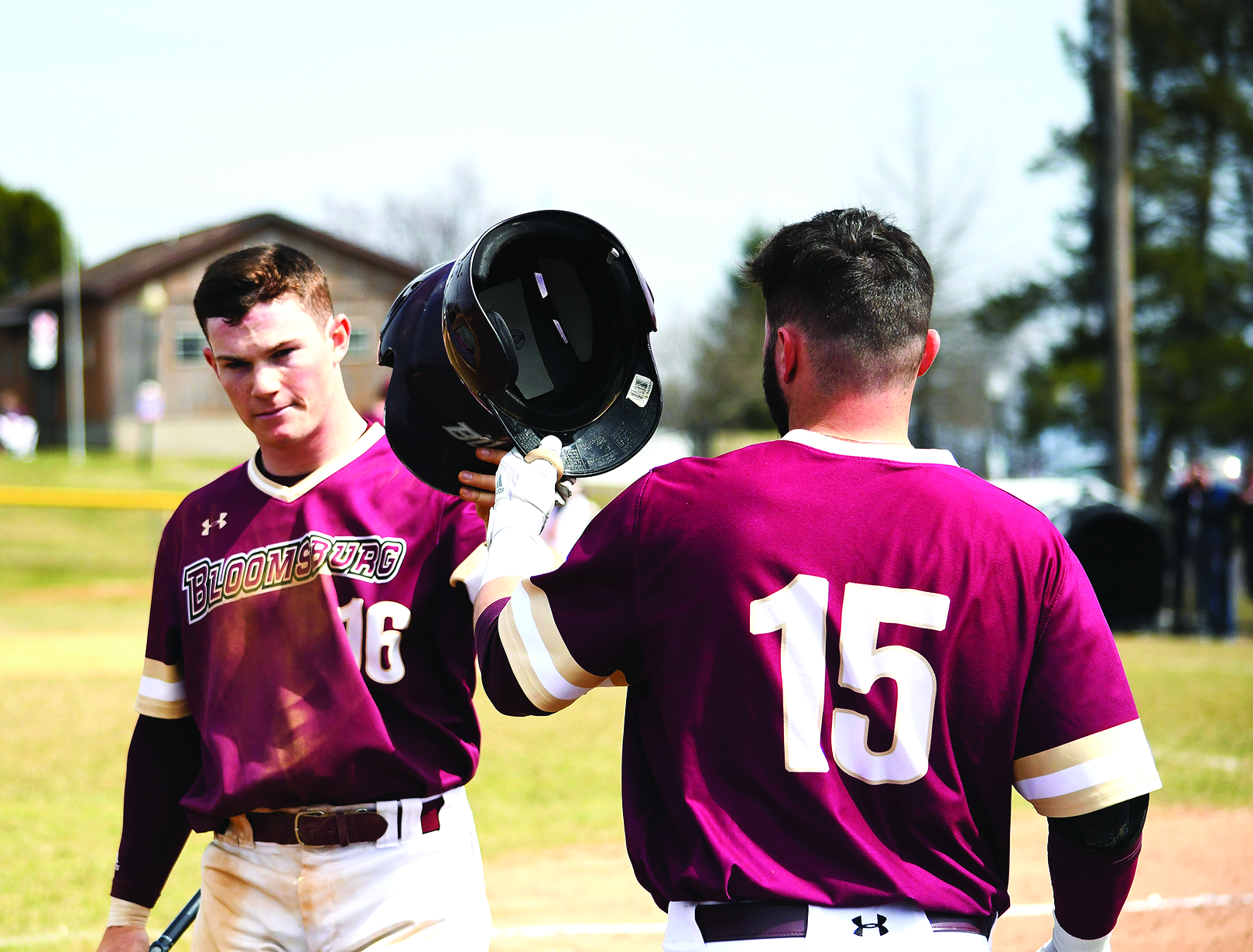 Cole Swiger and Andrew Holmes headline the top returners this season for BU.

After putting together one of the best seasons in school history and earning the program’s first Pennsylvania State Athletic Conference (PSAC) championship in 54 years, the Bloomsburg University baseball team has every reason to believe a similar season can be achieved this year.

Beyond the PSAC championship, the Huskies baseball team also claimed the second most victorious season in program history, totaling 35 notches in the victory column. This isn’t an out of the blue moment for this team either, going a combined 66-36 (35-16 last season) over the past two seasons, earning them back-to-back spots in the PSAC and NCAA regional tournaments. Not only trips, but the last season saw the program’s first NCAA regional tournament victory since 1995 with a 2-1 victory over Millersville.

Moreover, as if the team isn’t coming in motivated enough, head coach Mike Collins is entering his 15th season as Bloomsburg’s skipper. Only 10 wins shy of becoming the all-time winningest coach in program history.

The three seniors include starting pitcher Chad Cooperman, infielder/outfielder Andrew Holmes and outfielder Cole Swiger are leading the Huskies into the 2020 season.

Last season Cooperman post-Last season Cooperman posted an impressive 7-3 record along with a 3.07 ERA (earned run average) while toeing the rubber in 11 starts with two other appearances out of the bullpen. Those numbers, along with his 78 strikeouts and opponents’ batting average of .204, placed him in the top 10 company for PSAC starters in those categories. The 78 strikeouts also represent the fourth-highest total for a season in program history. Entering this season, Cooperman was selected by the National Collegiate Baseball Writers Association (NCBWA) for the NCBWA All-Region First Team.

When asked about the team’s energy going into the season, Cooperman replied, “Our energy and focus through-out the offseason has been on par with a team who is looking to build upon last season’s success.”

Holmes took a big leap from his .272 batting average in 2018 to batting .305 with eight home runs and 34 runs batted in (RBIs). On top of that, Holmes led the team in three hitting categories with 23 extra-base hits, a .452 on-base percentage, and a .563 slugging percentage. This leap earned Holmes a place in the top half of the Huskies lineup in the middle of April amid the teams’ initial surge towards the postseason.

Rounding out this group of strong senior impact players Cole Swiger, who batted .279 while slapping eight gopher balls and team-high 47 RBIs from a 2018 season where he earned Second Team All-PSAC honors. Swig-er is poised to be a big contributor again for Huskies and commented on the team’s expectations nearing Friday’s opener, saying: “Our team as a whole has high expectations going into this season just like we did last season. Having the quality playoff experience from last year, the standard has been set a little higher because we know what is necessary to have success again.”

Even with all the accolades earned last season, the PSAC Preseason Coaches’ Poll has Bloom projected to finish fourth out of nine in the PSAC Eastern Division; they trail West Chester, East Stroudsburg Millersville who’s tied with East Stroudsburg to finish atop the division.

Regionally Bloomsburg ranks fifth to open the season in the NCBWA Atlantic Region preseason poll. The PSAC can be argued to field the best collegiate competition outside of Division 1, so it should fun and a tight race for the Bloomsburg baseball team as they look to put together their third straight note-worthy season.