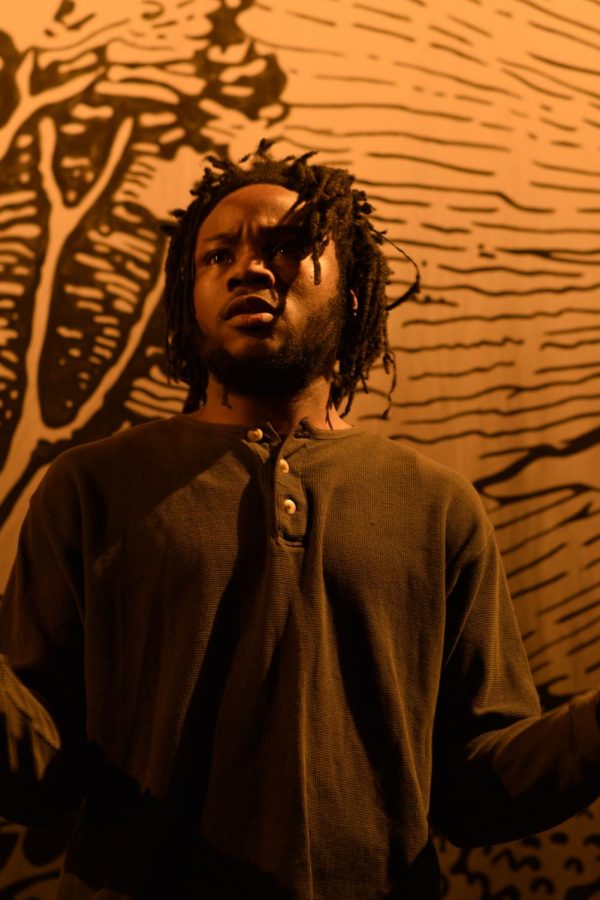 Branden Jacobs-Jenkins play “Everybody” is based off of the late 15th-century morality play titled “Everyman,” which itself is based off of another morality story and on and on and on. These plays are all adaptations of the one before it that carry one central message about the mortality of humans and the reality of what may or may not happen after death. Alongside this main moral objective of the play, “Everybody” contains commentary on the actuality of material obsession, how love and relationships do and don’t follow us to the grave, and that there comes a point in every person’s life where they start to crumble in ways they don’t expect.

In the show, performed by the BU Players and directed by David Miller, there were five actors playing “somebodies” and of those five, the main actor who would portray “Everybody” would be drawn at random during the beginning of the show. This gave a sense of “what’s going to happen” and uncertainty that follows people in their daily lives. The act of making the main “Everybody” a random bet each night reminds us that these actors had to not only memorize the entire script, but even they may not have prepared themselves for the acts that were about to come. This severely humanized the cast in the best way possible.

The concept of making “God” always in quotations during the show also provides viewers with the ambiguity of afterlife in today’s society. “Everyman” was written with a Catholic mindset, older versions were written about their culture’s idea of religion, and this play presented their higher being as a being who may or may not be real depending on who you are and how religion works within you. This is a very modern way of looking at religion and many young adults these days are more open to respecting another’s belief’s while holding on to their own.

I think that the BU Players were absolutely phenomenal in this show. Each cast member was playing numerous roles in each act and had to adapt to the randomness and inconsistency within each scene simply because the show itself has that aspect of unpredictability. In the version I saw, Kali Morgia played the main role of “Everybody” and the other four “somebodies”, Kamryn Felty, Abigail Golden, Gibryl Livingston, and Rebecca Thomas, played a slew of characters ranging from “kin” and “family” to “friendship” and “stuff”. While I thought that Morgia did a great job at making her character relatable and just vague enough to be anyone, I think there was a bit of her own personality that made the character different from other versions of the show. I also think that Felty, Golden, Livingston, and Thomas portrayed almost more important characters. Their characters were all of the people and things we rely on as humans and made them feel more transactional which was almost hard to watch, but important to see.

Alongside the “somebodies” there were characters such as “Death,” performed by Lydia Hannibal, “Time,” by Olivia Spory, “Love,” by Reagan Venturi, and “God” and “Understanding” by Noah Eisengrein. These characters all represented things that we as people experience in our lives and also things we lose or lose to. The depictions of these figments brought the show to a whole new level. I felt the sensuality and emotion from Venturi when she played “Love.” Hannibal portrayed “Death” was utterly powerful, but almost weak as the character represent the ending of life and the insecurity that follows.

Eisengrein played the role of “God” which he did in a very simple and understated way, but his portrayal of “Understanding” is what I found the most interesting. The idea that we can’t even take our human idea of understanding to the afterlife is very scary, especially because we can’t even understand what is going to happen next. With this show there were such strong and vast concepts that were brought to the attention of the viewers and I think I speak for most college students when I say that it’s scary to consider my own mortality, but this show reminded me what I should be trying to live: a regret free and loving life.

The cast did an amazing job of working within their means and used the minimally decorated stage to their greatest advantage. There was an emphasis on the sound and lights in the show that brought the physical space to a new and impressive place. The idea of focusing on the context of the show and not the content on the stage was really evident as I was nowhere near disappointed with the end result of the stage.

All-in-all I think this show was fantastic. The content was necessary and scary, while bringing light to the fact that there is an end for everyone, but that’s not the point of our lives. I can’t wait to see more BU Players shows. Please show support for the Theatre and Art departments by attending these shows in the future.