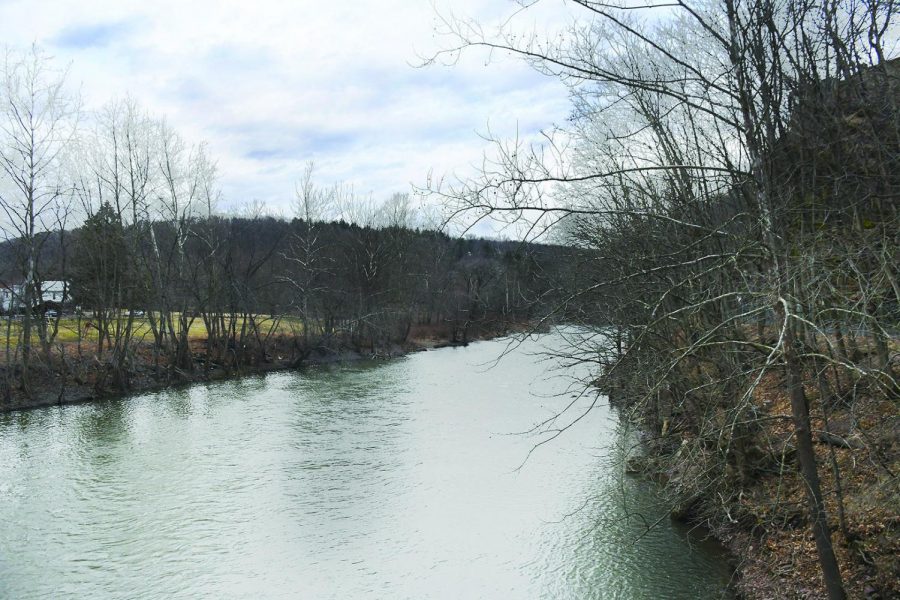 On Saturday, Feb. 29 at 10:30 a.m., the Bloomsburg Police were dispatched to investigate a possible explosive device at the Rails Trails located behind Iron Dale apartments.
These trails, better known as ‘Bloom Beach,’ are where students found a backpack by the stream with a potential bomb inside as first reported in the Press Enterprise.
EGGS major Delaney Glinkin and her two friends were doing beach cleanup when they stumbled upon the backpack.
“At first, we thought it was just a homeless backpack, and then we went through the backpack and saw it had wires and bomb looking containers attached to batteries, so we called Bloomsburg University Police Department. Then we called 911 because the Bloomsburg University Police Department sent us to voicemail,” said Glinkin.
Once the officers arrived, they came to the conclusion that the material in the bag seemed to be similar to a “pipe bomb,” according to the Bloomsburg Police Department.

Following this observation, the police then called Pennsylvania State Police Hazardous Device and Explosive Section to assist with further identifying the material found.
To ensure the safety of the residents in the surrounding area, the police informed those who lived nearby about the suspicious backpack but didn’t think it was necessary to evacuate the area. Pennsylvania State Police were able to confirm that the device was safe and was, in fact, made with PVC pipe material and gunpowder.
Roger Van Loan, Bloomsburg’s police chief, told the Press Enterprise that the bomb was about a foot long and two inches in diameter. The Bloomsburg Police Department will be sending this evidence to the Pennsylvania State Police Lab in hopes to identify the individuals who are responsible for creating this device.

The Bloomsburg Police Department is asking anyone who may have information about this incident to contact Sgt. Michael Fosse at 570-784-4155 Ext. 162.