Mystery Fyre puts a ‘Stranglehold’ on The Study 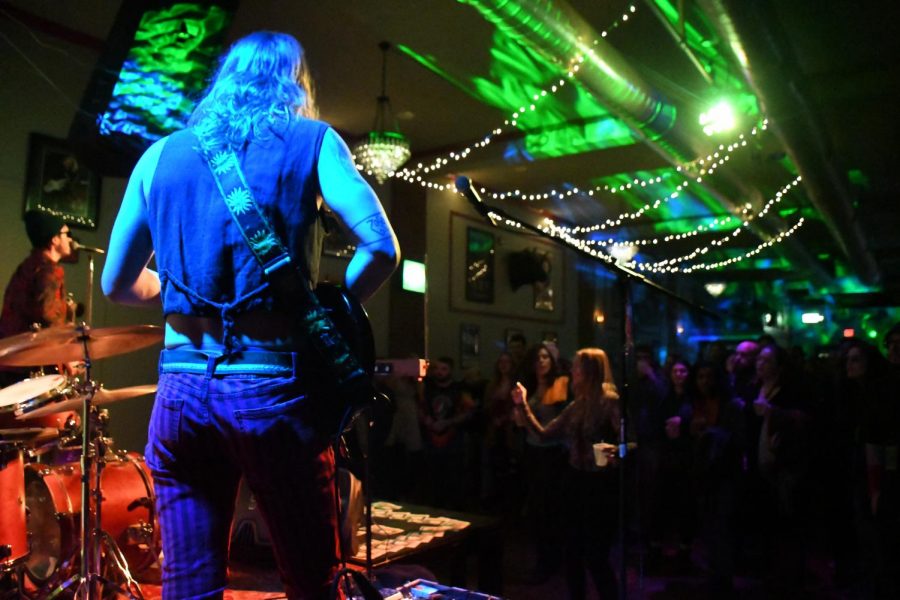 The Study was packed to the brink last Saturday to see Mystery Fyre and Medusa’s Disco.

Bloomsburg’s very own sons Mystery Fyre rocked The Study last Saturday with their “electric explosion” of rock n’ roll.
Mystery Fyre was one of two headliners for The Study’s first ever ticketed event, and the band certainly did not disappoint.
The band has been hitting the local venues since 2007 gathering a large following. Their fans have grown so much in recent years now that the band hosts an annual music festival for regional bands. The trio of brothers, Wes (guitar/vocals), Jake (bass/vocals) and Joey Knorr (drums/vocals), opened the music-filled night with some thumping bass and electric guitar that cut through the jam-packed venue, making their presence known to all in attendance. The brothers set the tone early in the show, tossing t-shirts into the audience and encouraging the crowd to dance the night away.
The show really started to “turn it up to 11” when their lead guitarist Wes spotted “Saxman Eric,” a pal of theirs, in the crowd and had the musician join the band on stage for a quick duet. Like the Knorr brothers, Eric’s brass bellowed through the bar.
Another highlight of the night was Wes’s use of a Theremin, an electronic, musical instrument that added a new element to their jams. This strange-looking instrument is used without physical touch, and it looks like it’s straight out of a sci-fi flick from the 50s. Wes used the Theremin several times through the night, but the highlight was when he stuck it out into the crowd for audience members to play along. He then followed up this moment of crowd involvement by nearly licking the antenna á la Gene Simmons style.
The boys finished their set with a tribute to a friend of their band to the tune of “Stranglehold” by Ted Nugent. It was the perfect song to close out their night, as they had a tight hold on all who were in attendance.