In a divided country, social media provides a glimpse into the different worlds Americans live in. 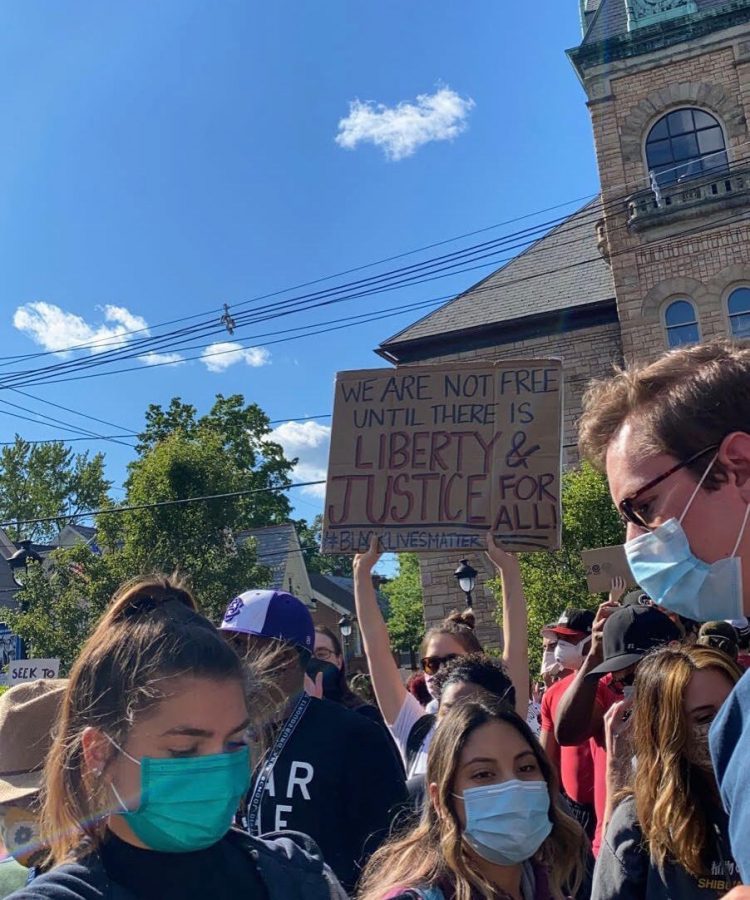 “We may not be in the Civil Rights Era, but it sure feels like it,” a Twitter user recently posted.

And we aren’t. We’re in 2020, where young adults are able to use their social media platform to spread awareness. The younger generation has a voice so loud that there are protesters fighting all across the 50 states and beyond that for lives lost under police arrest including George Floyd, Ahmaud Arbery, Breonna Taylor, Tamir Rice, Trayvon Martin, Eric Garner and many more.

A white father and son on my Facebook feed have been going back and forth on this topic for a few days. The 21-year-old simply posted a video of an officer beating an 11-year-old black girl, and minutes later his father commented. His father stated: “Let’s not generalize or stereotype, most police officers are good people.”

He continued: “ As in everything there are bad and good people. Weed them out and ensure they get disciplined properly.” He followed that statement saying that “based on how the other little shitheads are speaking, they all need some discipline.” Basically: don’t generalize and stereotype the officers, but generalize and stereotype the little “shitheads”?

The son replied to his father stating: “If you’re a ‘good cop’ then you’d speak out about this type of injustice and not stand by as your colleague abuses their power.” He continued with: “I don’t care what happened before this video, this is a child. He does not need [three] grown men whose job is to protect and serve throwing him on the ground.”

I understand there are many honorable and dependable officers, and the world appreciates those individuals. But I’ve seen people on these platforms ignore that police brutality is an actual thing.

“Y’all vocal about the looting but quiet about the murder,” another social media user posted. People tend to be very quiet about the injustices that go on in the country because it doesn’t directly affect them, but when things shift and people start acting out everyone has an opinion. Is that how they want us to grab their attention? Someone commented on this post saying, “They want us to have a peaceful protest so they can ignore the topic easier.”

Another Facebook post that caught my eye was from a middle-aged white woman stating: “What white privilege am I supposed to be apologizing for? It’s just a catchphrase.” I always check out the comment section to see other people’s answers. A woman replied to the post, saying that “there are things in life we do that people of color can’t do without some level of worry because of the color of their skin.”

I also recently saw a video that was going around social media where two black college students, Messiah Young and Taniyah Pilgrim, were raided by officers while in their car. In the video, you can hear how scared they were. In that same video you can see the car ahead of them, and there is a young white woman smiling and waving at the camera while behind them two innocent people are being tased and dragged out of there car, showing a glimpse into the two different worlds people can live in today.