Battle for The Supreme Seat

The Supreme Court is the highest in the federal judiciary in the country. It has overall jurisdiction on all federal and state court cases. So naturally, each political party wants someone who shares their political ideology to be on this court, and the way things are currently unfolding, conservatives may see a shift in balance favoring them.

All this started with the loss of Ruth Bader Ginsburg, a woman who was an associate justice on the court since 1993 when she was nominated to the court by then-President Bill Clinton. Ginsburg believed strongly in a woman’s right to choose and was also considered a rational minimalist. Ginsburg was also considered a jurist who sought to build cautiously on precedent rather than pushing the Constitution towards her own personal vision. She was indeed a trailblazer. 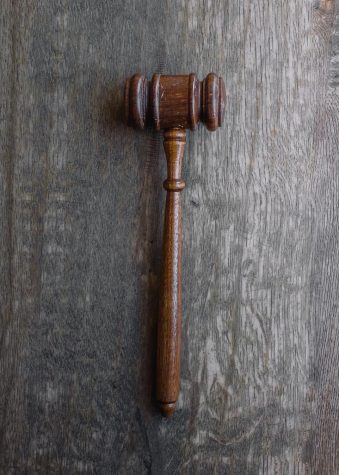 While she has such high credentials, many view her as a judge who may overturn Roe v. Wade and dismantle the Affordable Care Act. Speaking with Bloomsburg professorDefenderfer, we got to talk about the late Ruth Bader Ginsburg, whom Defenderfer described as

“a Rockstar with such intensity.”

ProfessorDefenderferalso believes Amy Barret is more than qualified to be on the court and sees that Roe v. Wade could be in trouble.

Defenderfer says about it possibly being taken to court and overturned.

One of the biggest head tilts over this is how quickly Amy Barret is being rushed to fill the vacant seat. In 2016, senate republicans blocked the nomination of Merrick Garland, a full 11 months before the election. At the time, Republicans said the next president should fill the seat, though they say the opposite this time.

Olivia Gamble, a junior here at Bloom and a member of the University Republicans, believes it to be hypocritical but also says,

“if the Democrats had the power, they would be doing the same thing.”

Dr. NeilStrine, a professor at Bloom and lifelong republican, also sees it that way too, that if Democrats were in power, they would be doing the same thing.

Everyone has concerns then about this nominee Amy Barret. Amy Barret is under a microscope when it comes to paid talks she has given. Such talks were with an organization known as the Alliance Defending Freedom, an organization that then-senator Al Franken called “a hate group.”

The nominee also has ties to a group known as People of Praise. The group has been heard to be a group known to talk of prophecy and speak in tongues. According to former members, the group believes in traditional marriage and exerting influence over family decision-making.

So,this battle for the vacant seat will be short and swift. There is less than a month away. Is this candidate a divisive one? Will her religious views impede her ability to make judgments? Will she have an impact on Roe v. Wade, as well as healthcare too? We will all find out in November.