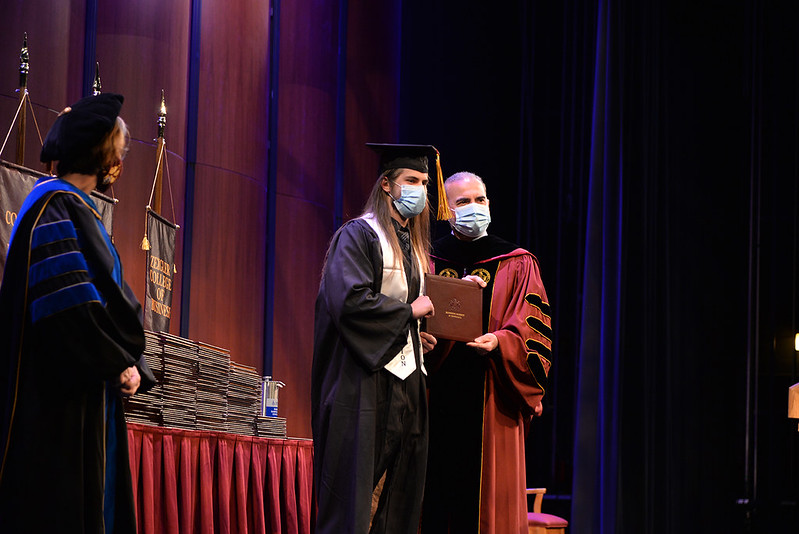 Bloomsburg University announced the decision on Friday, March 19th, to allow graduates to only bring two guests to the upcoming commencement ceremony for Spring 2021.

The news was given to the students earlier this month that the ceremony would be allowed to be in person but was blindsided by limited guests’ announcement. The main concern for seniors is for families with more than three people. Typically, most students will choose to bring their parents over any siblings, grandparents, cousins, significant others, etc.

“It’s definitely upsetting that not even my entire immediate family can be there for such a monumental occasion. I don’t want to have to choose who gets to come and who doesn’t.”
Some students, however, are more accepting of the idea presented by the University.

“Honestly, I’m okay with the two-person limit because obviously, it’s a big deal that we are even having an in-person graduation, so if that means we can only have two guests to make that happen, that’s okay with me.”

Graduation is scheduled for May 14th through the 16th, with separate ceremonies for the different colleges. All of the ceremonies will be streamed live from Redman Stadium, where the event will occur, so family members who cannot attend in person will be able to watch from home.