The Future of the Columbia Colonnade 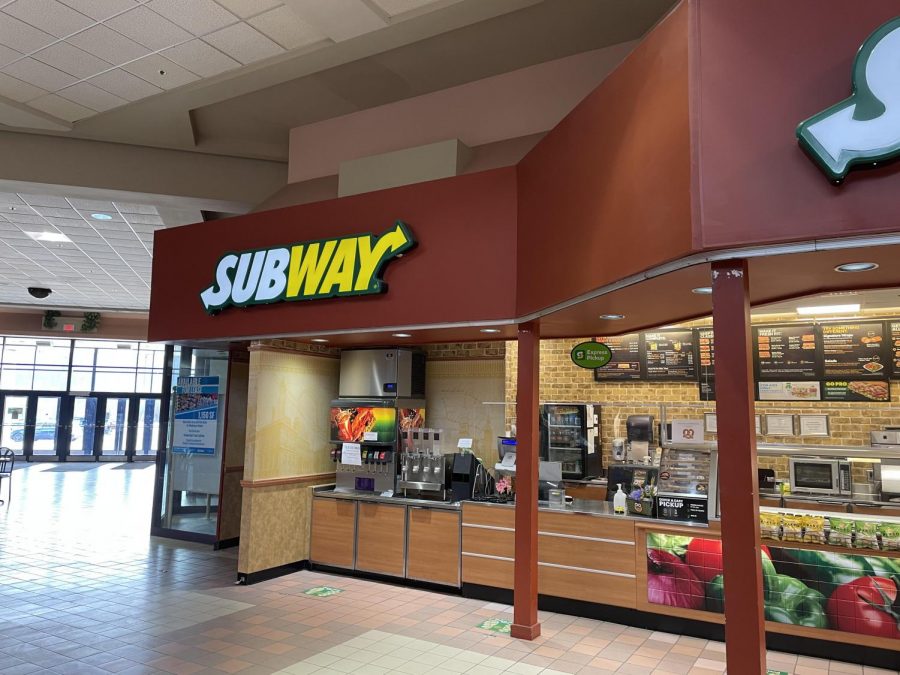 The Columbia Colonnade, better known as the Columbia Mall, sits on a large piece of land next to I-80. The mall, now with only three active storefronts, is almost a ghost-town of sorts.

Excluding the internal stores, Dunham’s and EFO hold place in two of the anchor stores, neither with their indoor entrances open. Planet Fitness rests on the side facing Starbucks, one of the only places that is frequented in the surrounding area.

As someone who works in the mall and has for the last two years, I have seen first-hand the downfall of this place. From the outside, the mall itself looks normal, but with a closer look on the inside, it’s obvious that the mall is falling apart.

When looking through the bars of empty storefronts, you can see large pieces of drywall that have cracked and fallen to the ground. There are also multiple buckets spread across the mall and back hallways, due to the leaking roof.

And if you’re looking to get a sip from the water fountain? Tough luck, because the mall water is undrinkable, due to a boil water alert since early January.

The mall was purchased in July 2019 by Cristian Foust, real estate developer and owner of Foust Holdings. Upon purchasing the mall, Foust stated that he wanted to repair the parking lot and bring in new retailers.

Now, I’m still wondering, where are these new retailers that he spoke of? Where is this repaired parking lot? On my drive into work, I swerve around deep, damaging pot-holes and chunks of asphalt torn from the ground. The only new patch of parking lot is due to the brand-new VA Clinic that opened late last year.

Between meals, when customers are dwindling, I walk through the empty corridors and peer into the bleak storefronts. Years ago, these stores were full of life, brightly lit by bulbs in the high ceilings. Customers frequented the Columbia Colonnade for clothes, gifts, and events. Now, it is only a depressing husk of what it once was, held up by the three active storefronts that remain.

The tenants that remain in the mall have frequently expressed their frustration due to lack of communication from Foust. From what I have seen, he doesn’t care about this mall or the people that are still operating businesses within it. He doesn’t answer his phone nor does he respond to tenant concerns or questions. It appears as if he bought the Columbia Colonnade and then completely forgot about it.

He has not addressed or made moves to fix the water problem, the parking lot, or bring any new retailers into the mall. Last year, it was rumored that Geisinger would be becoming a permanent part of the mall, but once COVID-19 hit, it appeared that they had pulled out. Other stores have been rumored to be built in and around the Columbia Colonnade, but these are merely rumors and have yet to be confirmed.

It has personally been very frustrating seeing the owners in this mall struggle with the ongoing problems that Foust has not addressed. The tenants in the Columbia Mall are good people who are merely trying to keep their businesses afloat.

As a Subway employee, I have experienced these setbacks. Our fountain drinks are currently not operational and have been that way for months, due to the water issue. Myself and other employees have arrived at the mall only to find the doors locked, having to wait upwards of an hour for them to be opened.

During the winter, the temperature in the mall was quite cold, lingering in the 50s. Mall security was laid off in February 2020, meaning the mall has gone practically unmonitored for over a year.

This mall is also a necessity for many of Bloomsburg’s older residents. Many utilize the mall as a walking track, doing multiple loops around its length. For older citizens, the mall is a safe, quiet place for them to get their exercise, no matter what the weather outside is like. I have personally become acquainted with many of the regular mall-walkers, waving hello when they pass by and engaging in friendly conversation.

The Columbia Colonnade is not just an abandoned structure sitting lonesome. It is a place that many people still value and care about, even if it is a “dead-mall.” The tenants who remain are people who should not be ignored and tossed around. These are people who care about the mall and what happens to it, which seems like quite the opposite of the new owner.