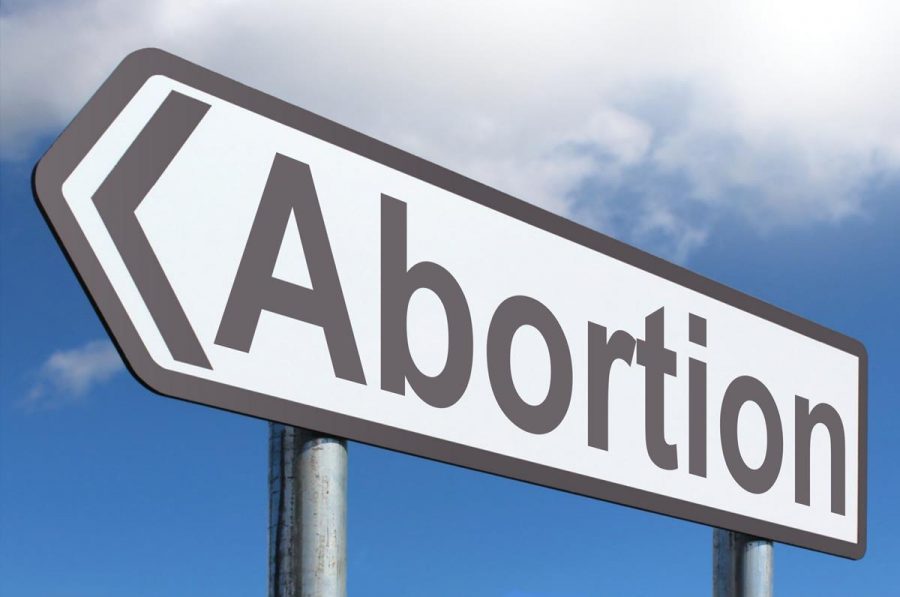 A heated topic that has been around for years is the topic of abortion, and due to recent events, this heat has intensified. One of the main reasons that the topic has started to come into a more mainstream discussion is due to New York’s Reproductive Health Act (RHA). The Merriam-Webster Dictionary defines abortion as “the termination of a pregnancy after, accompanied by, resulting in, or closely followed by the death of the embryo or fetus.” One of the main points from the pro-choice side is that fetuses are not alive.

However, Zero to Three says at eight weeks into a fetus’s development, they have a regular heartbeat and brain activity, which corresponds with multiple definitions of life. This definition proposes a question: How can something that’s not alive have a death?

The New York Senate’s bill S240 (RHA) states, “an abortion may be performed by a licensed, certified, or authorized practitioner within 24 weeks from the commencement of pregnancy, or there is an absence of fetal viability, or at any time when necessary to protect a patient’s life or health”. In simplified terms, it allows for abortions 24 weeks and further into a fetus’s development for medical purposes. Viability is defined by the Merriam Webster Dictionary as “the ability to live, grow, and develop”.

An article written in the New York Times discusses the cases of premature babies who were born 22-23 weeks into their pregnancy. One case gave medical care to 78 premies of whom only 18 survived.

I understand these numbers are drastic, but over half of the survivors were found to have no medical impairments. The ones that had medical impairments were mostly blind or deaf. Though these handicaps are heartbreaking they do not affect the viability of the child. This proves that a fetus can be viable outside the womb even at such a young stage in their development.

Based on the above definition and the above example, a fetus would have to be dead to be deemed inviable. The Centers of Disease Control and Prevention states “a miscarriage is defined as loss of a baby before the twentieth week of pregnancy, and a stillbirth is loss of a baby after 20 weeks of pregnancy”.

The above bill clearly makes inviability stand alone. If a fetus is truly inviable there would be no need for an abortion because the fetus would already be dead and medically considered a miscarriage or stillbirth. According to the American Pregnancy Association a miscarriage will likely cause the fetal tissue to expel on its own without any medical help.

However, stillbirths will commonly end with a  dilation and curettage procedure which removes the already dead fetus. Again, if the fetus is truly inviable there would be no need for an abortion due to the standard medical procedures that deal with true fetus inviability.

According to the U.S. Department of Health and Human Services – Office on Women’s Health a fetus’s brain, spinal cord, heart, arms, and legs begin to form at a mere four to five weeks. At eight weeks a regular heartbeat has begun and fingers and toes begin to form. At 12 weeks the fetus’s nerves and muscles begin to work together and the fetus can form a fist.

A Q&A from Washington State University once received a question asking why we feel pain. In the professor’s answer it was stated “our bodies have tons of nerves that help us move, think, and feel in all kinds of ways”. In order for the fetus to form a fist it had to move. It’s nerves had to work. That brings the question that if a fetus can move at 12 weeks then shouldn’t they be able to feel pain at 12 weeks?

The sources point the arrows to yes, they can feel pain. That’s just in the first trimester where the majority of abortions occur. At 20 weeks a fetus can hear. At 24 weeks a fetus develops taste buds, finger prints, and footprints. At 32 weeks a fetus’ bones are fully formed and it’s able to open and close its eyes. All of this happens before a fetus is considered full term at 39 weeks.

If you don’t want a baby, take preventative measures and use contraceptives. It is understood that there are circumstances where a fetus is conceived nonconsensually, such as rape, where contraceptives cannot be obtained.

However, a study performed by BMC Women’s Health about why women choose to receive an abortion found that 40% were not financially prepared, 36% said it wasn’t the right time for a baby, and 31% said it was due to their relationship with their partner.

It is understood that these percentages don’t add up to 100%, but the women in the trial were allowed to give multiple reasons. There were a total of 11 categories in the article and only two of them focused on medical reasons. 19% of women stated they were emotionally or mentally unprepared while 12% held health related concerns.

However, the overwhelming majority held no concerns for the pregnancy beyond the fact that they simply didn’t want the child. The article is titled “Understanding why women seek abortions in the US” and I strongly encourage whoever is reading this to further your reading and look into it.

Think back to the question from the first paragraph: How can something that’s not alive have a death? One of the biggest pro-choice arguments is that a fetus isn’t truly alive. Yet, we see fetuses as young as 22 weeks showing viability and surviving without their mother.

We see a heartbeat and brain activity at a mere eight weeks into development. This evidence points to life that is unique, substantial, and viable, yet it’s considered a woman’s right to end it.

Olivia is a freshman Political Science major and a member of the BU Republicans.