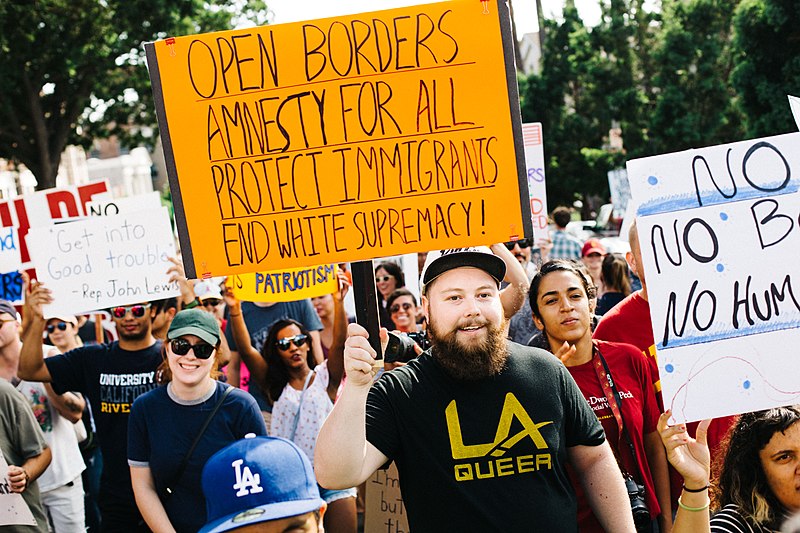 Sex, politics and human rights. A strange combination, I know. “Good Trouble,” the spinoff of Freeform’s hit show “The Fosters,” takes all three of these topics and blends them together to make the perfect modern-day drama.

The series follows the daily lives of Mariana and Callie Adams-Foster (Cierra Ramirez and Maia Mitchell) as they try to survive in a male-dominated, legally corrupt society while living in downtown Los Angeles.

Even for those who try and avoid thinking about controversies, this show forces you to form some sort of opinion on pressing issues. From the “Black Lives Matter” movement to female inequality, each episode will leave you feeling like you want to see a change in today’s society. “Good Trouble” is an eye opener for sure, but it’s also a romantic drama for any young adult who enjoys shows like “The Fosters” and “Switched at Birth.”

Female rights and equality are frequently pin-pointed in the series due to the two main characters being young females perusing their dreams. Mariana continuously fights to be given the same opportunities as the men in her office, as she is only one of two female employees. However, Callie must prove both herself and her beliefs as a counter-clerk in a conservative legal office.

This sounds extremely empowering, but as the title suggests, the girls frequently find themselves getting into trouble while making irresponsible decisions, all with the intention to live a good life in Los Angeles. Young women trying to succeed in their life path will find much to relate to while watching the show.

The drama doesn’t end when they leave their workplace, though. Back at their not-so luxurious communal loft, their house mates stir things up in the girl’s lives. Mariana begins to party every night with the group of girls next door, while Callie finds herself falling for a bisexual man who lives downstairs.
The housemates play a huge role in the show, each of them bringing a new story line to each episode. The man on their floor named Dennis, appears to the audience as a creepy adult who dates younger women. The episodes slowly unravel the horrors he had faced in his past, leading viewers to begin feeling bad for him.

The viewers also witness the journey of Malika, an African American housemate who is aggressively fighting for a “Black Lives Matter” case that Callie is working on. With each new story line, such as Malika’s or Dennis,’ comes a new set of confusing quick cuts and random flashbacks.

Mariana could be arguing with her coworker and then the scene abruptly shifts to a completely different day where she’s dancing on a table.

Turning away from the television screen for even a minute may call for some serious rewinding. The main storyline will often get the spotlight taken away from it by a random sex scene or a scene that happened in a previous episode.

The quick cuts of the girls saying what they actually want to say before showing what they actually tell the viewers only adds to the confusion. When I see a scene of Mariana telling off her nasty coworker to then find out it was only a quick cut of what she’s thinking in her head, I feel a little disappointed.

The flaws of the shows editing and camera activity may leave your head spinning for a little while, but after watching the first few episodes, you start to get used to it. It becomes less and less of an annoyance as the episode reels you in deeper.

Unlike “The Fosters,” romance and sex are one of the main focuses of the series besides the controversies and politics. Viewers go from following the childhood of Mariana, Callie and their other adopted siblings, to witnessing intense sex scenes involving the two. “Good Trouble” is the adult version of “The Fosters,” as we now follow the characters through their adulthood.

Even characters such as Callie’s brother Jude and the girls two mothers make appearances throughout the show. It’s clear that even they have grown up in several ways. After all, the show is trying to send out the message that adulting is challenging.

They’re in debt, they’re in love, they’re aware. All of which grows stronger once you hit young adulthood. The series does an amazing job at showing the harsh reality of adulting, but it also highlights its special moments as well.

Yes, the girls are living in a dump, but they’ve managed to turn it into a place they can call home. They are learning to cope with their stressful workplace situations, and they’re taking responsibility for their actions.

In “The Fosters,” we saw some bad habits exhibited by the girls. In “Good Trouble,” not much has changed with these two. However, instead of watching them fail, we are watching them grow.

If you’re a fan of romance, drama, politics, eye-openers or teen dramas in general, this show will grab your full attention. The series is fairly new and has a long way to go in terms of editing and filming style.

However, as more episodes come out and the story line grows, I believe the show will just keep on improving. We’ll just have to wait and see where “Good Trouble” goes.